#1: Life under the Taliban

#1: Life under the Taliban

The new ‘Dark Era’ of Taliban

Aadil Ahmad Safi, 24, works as a Human Resource Manager for Kardan Schools’ head office in Kabul since April 2021. He holds a bachelor’s degree in administration from Jamia Hamdard University in New Delhi, India. SAFI lived for 17 years in India to complete his primary, secondary and higher education until he returned to Afghanistan in September 2020. 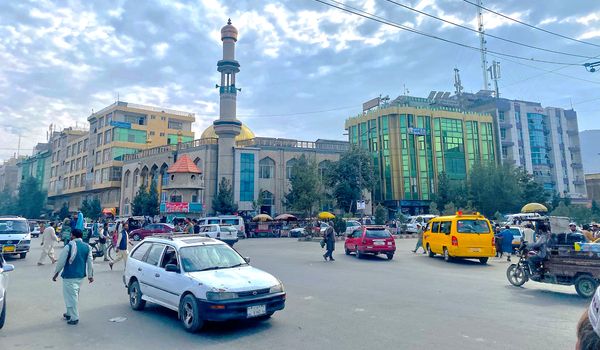 Life under the Taliban. Under this title, VIDC Global Dialogue launches a new series of articles on the situation in Afghanistan after the Taliban seizes power in August 2021. Women and men from many different parts of the country and with different perspectives and realities will tell their stories. The series kicks off with a text by Aadil Ahmad from Kabul. He works as a Human Resource Manager for Kardan Schools’ head office in Kabul since April 2021. He holds a bachelor’s degree in administration from Jamia Hamdard University in New Delhi, India. SAFI lived for 17 years in India to complete his primary, secondary and higher education until he returned to Afghanistan in September 2020.

Kabul: Everyone under the Taliban rule has a story to tell and I have mine, but who listens and who cares? I reflect on parts of my feelings to release some pressure. My story is about frustration, despair and being ignored by my fellow human beings. The 15th of August seemed to be a normal day when people started their regular routine of attending work, schools, and universities. No one ever expected the “Dark Era” waiting ahead of them at the gates of Kabul, Afghanistan’s capital. The whole country fell to the hands of Taliban in just over 10 days. It seems unrealistic how life for the people of Afghanistan changed in a matter of hours and days.
I never lived under the Taliban before. I had no idea how harsh and brutal they could be. Before the fall of Kabul to the hands of the Taliban, I travelled to northern Afghanistan to visit my friends and relatives. I did that with greater fear of being caught by the Taliban. I never thought that I would see the day that I have to adjust my life according to what Taliban tell me to do. Now the city of love amidst of terror attacks, my city of Kabul is governed by a group of Taliban extremists.

Since the takeover, I have experienced a massive change in my life. During the U.S. invasion, my mobility and freedom was also limited, but that relative freedom that existed disappeared within days under the new dictatorship of the Taliban. This change was huge for people like me who enjoyed freedom, music shows and modern education. The Afghan people in rural Afghanistan, though, did not see a lot of change because they were already living under the Taliban rule for years. For us in the cities that had been threatened by the Taliban for years, even though thousands of U.S. and NATO troops were stationed in Afghanistan, everything changed. Despite of daily news on Taliban bomb attacks, corruption in the government, and poverty, I believe that we still had a colorful life to live.

I have lived more than half of my life in India where I went to school and completed my bachelor’s degree in business administration. It was the 26th of September 2020 when I decided to return to my home country from India where I completed my studies and finally decided to serve Afghanistan. I was hoping to get a warm welcome and get into the labor market with my education and new skills. After returning home, I realized that there were thousands of university graduates who wished to be recruited in the public or private sector. It was not an easy task to find a job. Due to rampant corruption and nepotism in the former government, I was not sure if I could get a job in the public sector but expected to join the private sector or non-governmental organizations. But everything proved to be different. People like me were already struggling for a job for years despite of having a degree from a foreign countries. With my limited knowledge of Afghan languages, I managed to get a job at one of the leading private educational centers in Kabul.

Everything under the Taliban is unbearable for me whether it is restricting free speech, freedom to wear what I want and several other social restrictions. Life under the former government was not that great either. The suicide attacks, targeted assassinations, kidnapping, robbery, and rampant corruption proved to provide space for Taliban to take over Afghanistan. Warlords were more powerful than the government. The people got stuck between the ‘bad’ and the ‘worst’. If I had the choice to choose between warlords, the former Afghan government and the Taliban, I would reject all of them.

As a normal citizen living in Kabul, the Taliban takeover brought us some positivity but a lot more disturbing situation. The positive side of Taliban takeover is the relative security. Apart from a few blasts in recent months, the daily occurrence of bomb blasts has stopped. I find the Taliban peace and security in the graveyard where my grandfather is buried. Unemployment, losing the gains of the past 20 years, and a disconnected Afghanistan with the rest of the world are the real challenges ahead of us. There is also the fear of mass out-migration of Afghans due to the restricted social and political rights.

I often hear that Afghanistan is rich due to its natural resources, but that means nothing if we don’t have food on our table. I want to live in the present and I want to feed myself and my family by working in this country. I don’t see the Taliban capable of governing this country. Their structure is good to run an insurgency operation and impose their harsh way of governance in rural areas, but they can’t do it on a city like Kabul.

As a human resource manager in a private school in Kabul, I already got a pay cut. I had a dream to develop personally and professionally and rise to the highest position. I still have that dream. A dream that seems unlikely to come true. I cannot support my younger brothers’ education in India with what I earn in Kabul. The Taliban takeover in August has smashed all my dreams into pieces. I do not know if I can dream big things again. It is because the Taliban changed everyone’s life. They changed my life from bad to worse.

I had the dreams to contribute in rebuilding of my country, live and work where that I belong to. I never thought of leaving Afghanistan. This country has a lot of potentials with a democratic way of governance, but I cannot see that to happen under the Taliban. Like many elites and intellectuals, I want to leave Afghanistan for a country that offers me hope, protection and a sense of belonging. It is suffocating to live under the Taliban.