VIDC: 60 years of dialogue and cooperation

VIDC: 60 years of dialogue and cooperation

“Nothing happens in the world that does not matter to us!”

long-time Chairman of the Board of Trustees of the VIDC 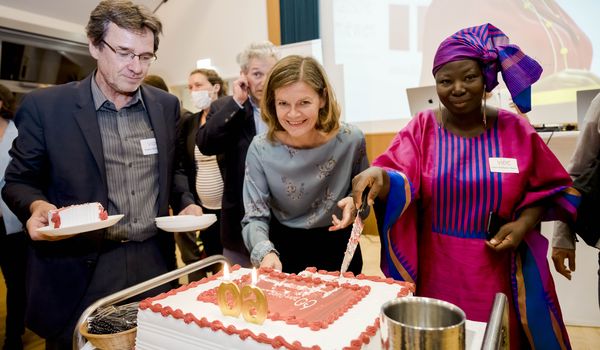 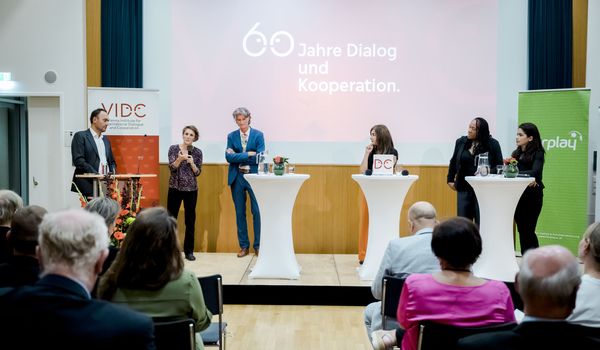 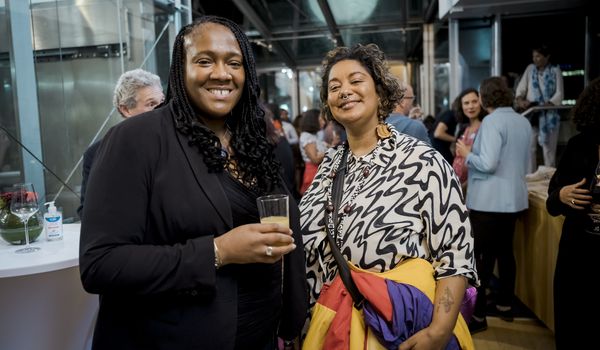 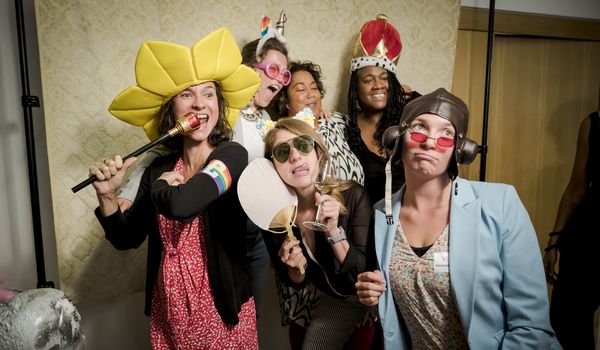 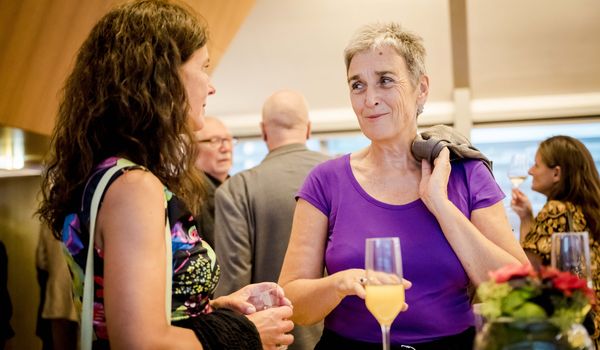 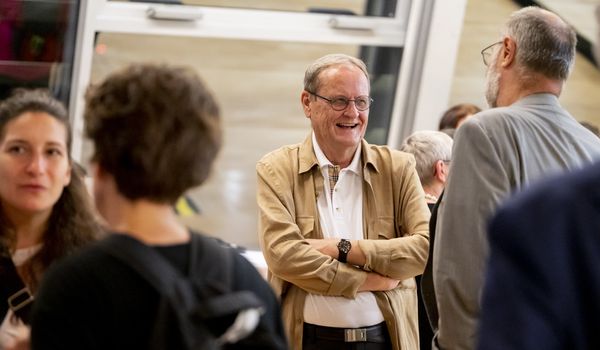 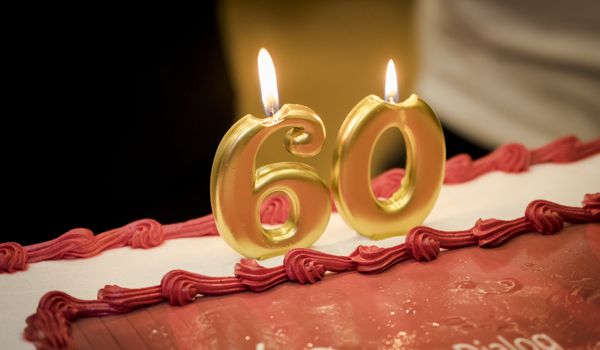 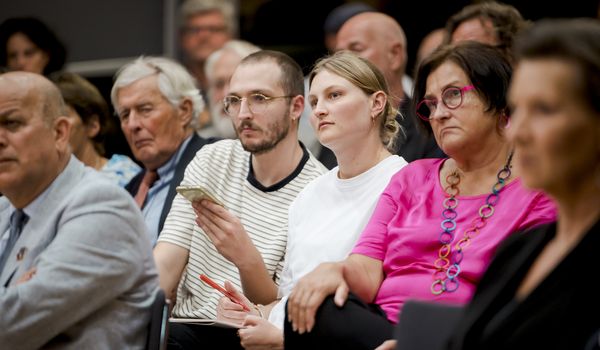 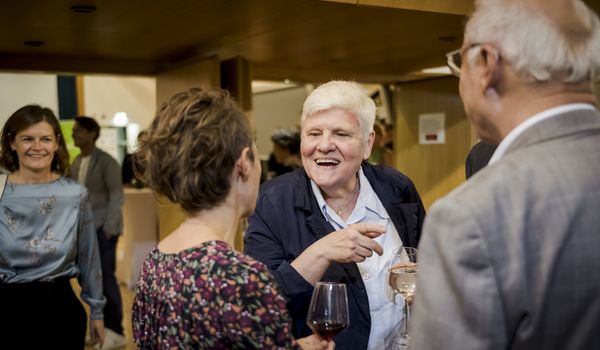 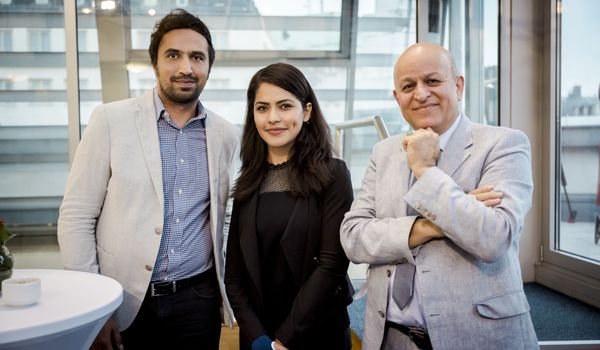 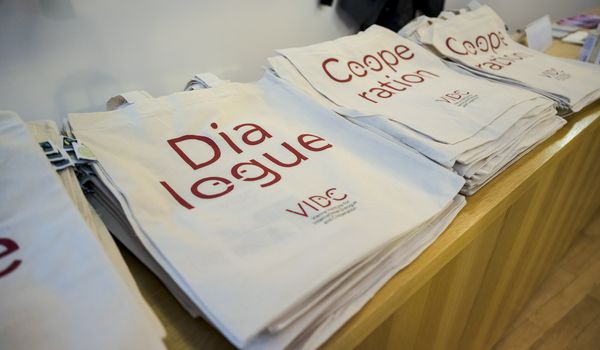 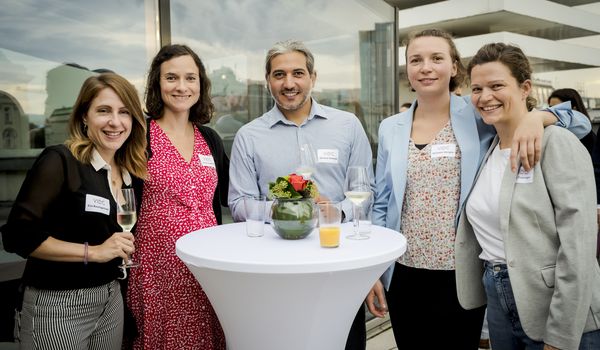 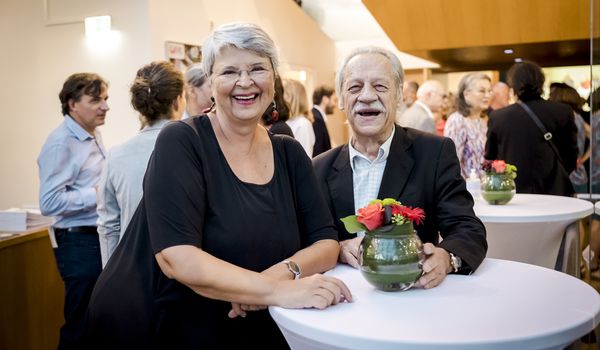 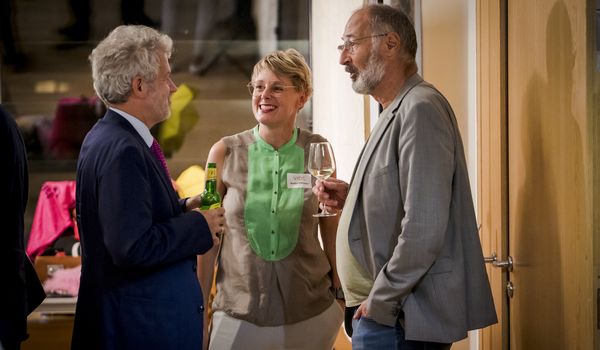 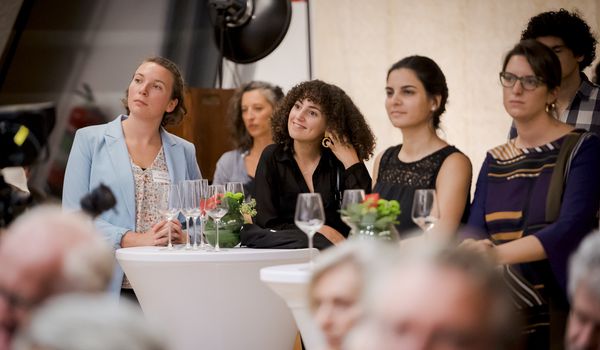 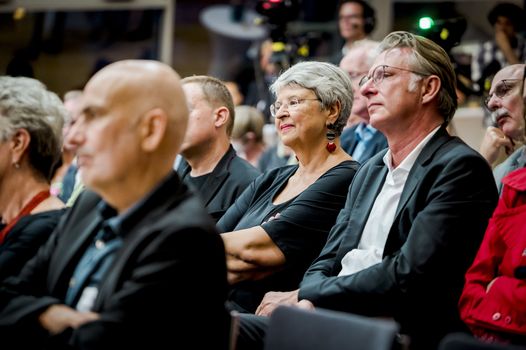 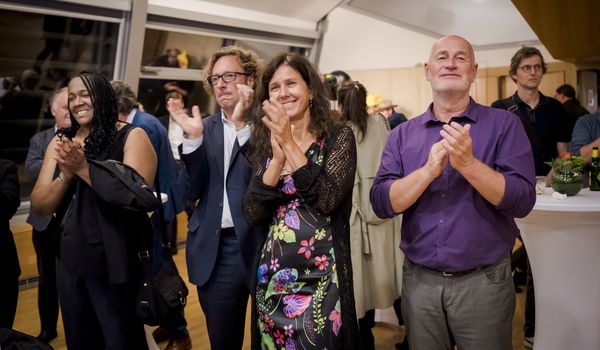 On 14 September we celebrated 60 years of dialogue and cooperation with friends and companions! With a speech by former Federal Chancellor Franz Vranitzky, long-time Chairman of the Board of Trustees of the VIDC.

In 1962, Bruno Kreisky, together with prominent politicians from the so-called “Third World,” founded the Vienna Institute for International Dialogue and Cooperation (VIDC). The aim was to create a think tank for global issues of development policy and to promote cooperation between countries of the Global North and Global South on an equal footing. Thus, the VIDC is Austria’s oldest civil society and development policy organization.

The 60th anniversary of the institute is an opportunity to look at the past, as well as the present and future, of this organization. As Sybille Straubinger, the Director of the VIDC, pointed out, there have been both “ups” and “downs” in the VIDC’s long history, but fortunately, significantly more “ups,” notably the expansion of the VIDC to include the kulturen in bewegung and fairplay initiatives 25 years ago.

Even in times like today—marked by the COVID-19 pandemic, the Ukraine war, the climate crisis, the democracy crisis, and much more—the work of the VIDC is central. As the Chair of the Board of Trustees Gabriele Heinisch-Hosek stated: “Right now, every single discussion, every project, every conference, every activity carried out by the VIDC in its Global Dialogue, kulturen in bewegung, and fairplay Initiative areas are more important than ever.”

In his keynote address, Franz Vranitzky, former Federal Chancellor of Austria and long-time chairman of the VIDC, invited the audience to take a metaphorical tour of Austrian foreign policy since the post-war period. According to Franz Vranitzky, the extent to which foreign policy is interwoven with domestic policy is clearly demonstrated in the State Treaty negotiations after World War II and the declaration of Austrian neutrality. Another milestone was Austria’s accession to the United Nations and the establishment of the UN headquarters in Vienna. Franz Vranitzky attributes great importance to the latter: “This is something particularly important that relates to our standing in the world—Austria is favored because of our neutrality status.” Austria also played a decisive role in the establishment of the Organization for Security and Cooperation in Europe (OSCE), the establishment of the European Free Trade Agreement (EFTA), and the Middle East conflict. In all these developments, Bruno Kreisky, who repeatedly drew attention to the significance of foreign policy, played a leading role. Franz Vranitzky recounted, “I remember attending many meetings where Bruno Kreisky appeared as a speaker and told of the Middle East, the Cuban Missile Crisis, the Iron Curtain and other dismal reports from many parts of the world.” To which he added, “Kreisky always said, gruesome or not, we have to take note of it. It’s part of our life and, of course, part of our politics.”

Franz Vranitzky also referred to his own time in office. Here, in addition to accession to the European Union, his statement on the so-called “victim thesis” in the National Council in 1991 was of particular importance. Franz Vranitzky was the first official representative of Austria to admit the crimes committed by Austrians in the Second World War and ask for forgiveness. This was a decisive moment for Austria. Today, he still follows domestic and foreign policy developments. Vranitzky sees many current challenges: democracy, as well as the institutions belonging to it, is in danger, in some states more than others. Also, Vranitzky warns that social media’s power to spread fake news must not be underestimated. He concluded with the call, “Although Austrian politics is “boulvardisiert”, we as citizens will not let ourselves be “boulvardisiert”!

Historian Lucile Dreidemy gave more detailed insight into the origins and history of the VIDC. She described how Bruno Kreisky, in his role as Foreign Minister and Vice President of the Theodor Körner Foundation, became increasingly aware of the need to address the economic and social problems of the then “Third World.” As a “neutral, global city,” Vienna served as a bridge between the East and West and the North and South. Moreover, Kreisky was convinced that foreign policy should not only be conducted through the “usual channels” but also via other platforms. A 1962 conference in Salzburg with civil society experts from all over the world served as a critical development in the foundation of the VIDC. Within a short time, the VIDC became a “Who’s Who” in the international liberal progressive scene, Lucile Dreidemy recounted. As early as the 1970s, the institute was addressing many issues that are still in focus today. These include, for example, international migration, racism, the discussion of alternative development paths, and the New International Economic Order.

The panelists who followed Dreidemy made clear the diversity of the work of the VIDC. Former, as well as active, partners gave insight into their work with the VIDC. Adaora Ofoedu from the African Cultural Foundation spoke about the mentoring project “Yes, She Can”, a project supported by the VIDC and the association Frauen helfen Frauen helfen. In this program, women and girls from the Black and People of Color Community (BPoC) are helped gain access to politics and the media with the assistance of mentors. “Because,” says Adaora Ofoedu, “the media and political world in Austria does not reflect the diversity of the country. It’s insanely difficult for Black and People of Color to get into those spheres.”

Tamana Ayobi, women’s chair of the Afghan Association AKIS, spoke about the dramatic changes since the Taliban invasion. Initial promises have not been kept in Afghanistan: Women are excluded from every aspect of public life, forced to follow strict dress and behavior rules, denied schooling past the 6th grade, and much more. Also, Afghan women living in Austria are re-traumatized by the recent Taliban rule. While women hardly dare to leave the house, Afghan men are unfortunately often put under general suspicion, explained Tamana Ayobi.

For more than eight years, Ilker Ataç has led a series of events at the VIDC on political occurrences in Turkey. Intellectuals, academics, journalists, and activists from Turkey were invited to discuss topics such as human rights, migration, foreign policy, and democracy. The participants perceived the VIDC event as transnational because it was held in Turkish with simultaneous interpretation, an action that was highly appreciated.

As the last panelist, Erwin Künzi from the Austrian Development Agency (ADA) spoke about the impact of the climate crisis on migration and displacement in the Global South. He emphasized that, contrary to common assumptions, people mostly migrate within their own countries. However, as countries in the Global South are reaching capacity, international cooperation is needed through investment in climate resilience and early warning systems. Additionally, it is vital to ensure that the people forced to migrate are supported and have a future. Finally, it is critical to promote the production and dissemination of knowledge about climate change and migration: “That is why I believe that investment in the production of knowledge, the dissemination of knowledge, and raising awareness are enormously important. And I see the VIDC as a part of the community that is working to further improve this knowledge and, above all, to bring it to the people,” Erwin Künzi concluded.

An evening that showed the challenges of our time and the necessity of dialogue and cooperation. The VIDC goes with vigor into the new decade!