Women for Peace in the Horn of Africa

Women for Peace in the Horn of Africa

Please observe the Rules of Conduct and Hygiene Measures for indoor events in Austria. Only a limited number of registered guests are allowed. 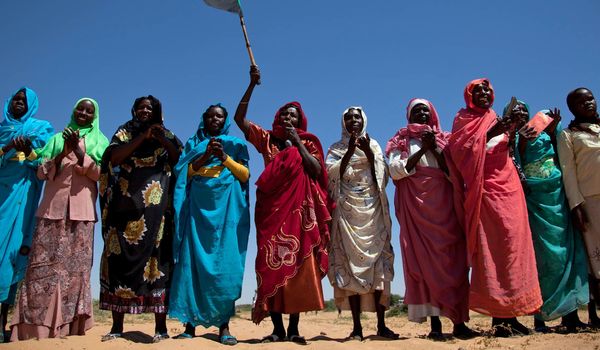 After the hopeful peace agreements between Ethiopia and Eritrea, the Sudanese revolution and the peace accord in South Sudan, disillusionment has returned to the Horn of Africa. War and war crimes have severely hit the border province of Tigray with tens of thousands of people forced to leave their homes. Ethnonationalist protests and violent attacks ravage the province of Oromia. Ethiopia's twice-delayed national and regional elections will now take place on June 21, but security and logistical problems remain. In South Sudan, the 2019 peace agreement has not brought peace and stability to the countryside. In Somalia the tensions between central government and some provincial administrations as well as with the opposition are increasing. Somalia’s president Mohamed Abdullahi „Farmajo“ Mohamed, whose term ended on February 8, says entrenched elites are blocking the path toward universal suffrage and insisting on an indirect electoral system that maintains their power.

The precarious security situation leads to extreme violence against women in all conflict regions. How can better protection for women in the conflict regions be provided? How are women's peace networks involved at the political and diplomatic level? What could be new strategies to implement the UN Security Council Resolution 1325 on women peace and security on the ground? How does European politics contributes to conflicts and related flight and migration?

Women from the African diaspora from different countries and other experts will meet in Vienna between 10-12 June 2021 to discuss these questions and to create a new network for peace in the Horn of Africa.

The event takes place within the campaign "The Right to stay - European Policies and Forced Migration".

is the former chairwomen of the Network of Eritrean Women (NEW) and has been representing the network in various conferences and forums to advocate for women’s rights and women’s meaningful participation in Eritrea’s democratic process. She is Country Coordinator with  Kindernothilfe, Somalia. Previously she worked with UNDP and UNWOMEN as a gender advisor in Somalia. Asia specializes in sexual and gender-based violence (SGBV) and safeguarding of women and children in East Africa / Horn of Africa region. Based in Nairobi for the last 12 years, she has been supporting local partner organizations in the region in sustainably improving the living conditions of Internally displaced people (IDPs) and particularly vulnerable groups such as women and children in empowering them economically, socially, culturally, and politically.

is initiator of Solidan campaign for democratic transfer in Sudan (www.solidan2025.org) and a founding member and former Executive Director of the International Crime Monitor (ICM), a media organization that focuses on ethnic cleansing, genocide crimes, and war crimes. Furthermore, she is founder and board member of the Sudanese Environmentalist Association that focuses on  vulnerable groups including refugees, migrants, and internally displaced people (IDPs). Eiman lobbies for women rights in conflicts zones and is a researcher in the field of peace and security in the region Horn of Africa. Eiman has a degree in environmental science and worked as a lecturer for the Faculty of Environmental Sciences at Omdurman Ahlia University.

an architect and city planner expert in gender-sensitive spatial planning, diversity management and change facilitation. She lives in Austria and recently got her PhD in Urban Landscape Planning at the University of Natural Resources and Life Sciences (BOKU) in Vienna. Before that, she worked for more than twenty years at the Ministry of Planning and Urban Development in Khartoum as an architect and urban planner. She is also a social activist focusing on issues of gender equality, diversity management, and peace at the local, regional, and global levels.

is a researcher at the Goldsmith University London with a focus on human rights policies, justice and civil society in the context of conflict and genocide, principally in Africa. Her expertise in this area is based on interdisciplinary academic research and activist engagement. She is interested in settings that have been sites of atrocities, and laboratories for international interventions in peacekeeping, peacebuilding and humanitarian response. Another stream of research focuses on land conflict, including transnational and local resistance to ‘land grabbing’ in Africa.  She has also worked on everyday experiences of justice amid conflict in South Sudan as part of the Justice and Security Research Programme at LSE. Rachel has a PhD in Politics and International Relations from the University of Bristol and a MA in Area Studies Africa from the School of Oriental and African Studies (SOAS), University of London.