Report from the panel discussion on 22 August 2020

is a journalist for over 10 years and has worked for various German media such as Deutsche Welle (DW), WDR, ZDF and others. She came to Germany as a child of Afghan political refugees.

is chief editor of the Banu women's magazine. She has been living in the Netherlands for 20 years, where she worked as coordinator of the association of Afghan associations from 2010 - 2019.

is a physician and is living in Austria since 2015. She is the chairperson of the AKIS Women's Department. In cooperation with the VIDC, she has developed a concept for Gender Tandem Workshops to strengthen Afghan women.

is Project Coordinator in the Department for Assisted Voluntary Return and Reintegration at the IOM Country Office for Austria.

is a sociologist and consultant in the department Frauen - Familie at AK Wien. Her main area of responsibility is labour market policy for women with a focus on migration.

Safi is a PhD student at the Department for Migration and Globalization at the Danube University Krems (DUK). Ahmad works as a consultant for the VIDC since 2015 and has written research papers on Afghan refugees and diaspora communities. 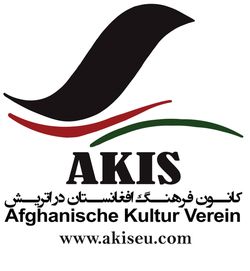 The panel discussion has focussed on the 20th anniversary of UN Resolution 1325, which calls for the equal participation of women around the world in peace negotiations and reconstruction.

Taliban ruled Afghanistan between 1996 and 2001. During this period, the Afghan women were completely invisible from social and public life, banned from going to school and work.  In 2001, the US declared the ‘war on terror’ – to oust the Taliban from power for harboring Osama bin Laden, the alleged mastermind of 9/11 who was found and killed in Abbottabad, north of the Pakistani capital, Islamabad on the 2nd May 2011. The US war also aimed to rescue Afghan women from the atrocities and oppression of the Taliban, which was then termed as ‘a fight for the rights and dignity of women’. Since the US invasion, the Afghan women have made tremendous progress and have been more empowered than ever before. The war, however, continues to take the lives of Afghan civilians on both sides. The United Nations Assistance Mission in Afghanistan (UNAMA) documented 3,458 civilian casualties (1,282 killed and 2,176 injured) in the first half of 2020.  The recent US-Taliban peace agreement aims to pave the way for the withdrawal of all foreign forces from Afghanistan, the launch of intra-Afghan negotiations, a country-wide ceasefire and the assurance that Afghanistan’s soil will not be used against the US and its allies. Six months after the agreement, none of these aims were achieved.