UN DESA (2016) Public-Private Partnerships and the 2030 Agenda for Sustainable Development: Fit for purpose?

Manana Kochladze works as Strategy Area Director for Democratisation and Human Rights for CEE Bankwatch, the largest network of grassroots and environmental groups in Central and Eastern Europe. She is the chairwoman of the Tbilisi-based environmental group Green Alternative and was honored with the Goldman Environmental Prize in recognition of her campaigning work on the controversial Baku-Tbilisi-Ceyhan pipeline. 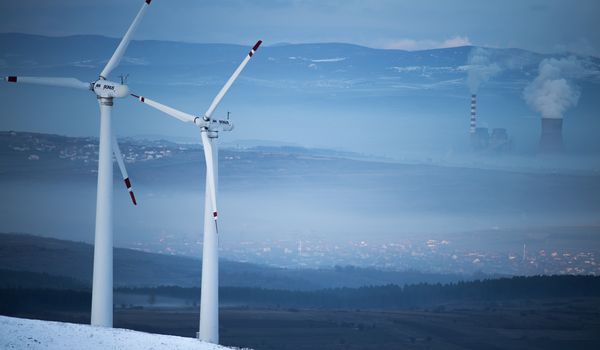 Russia's war on Ukraine, killing thousands and forcing millions to emigrate, is a true horror story that destroyed infrastructure and had devastating effects on the environment. The war has enormously impacted food and energy security globally. For citizens around the globe, there is a window of opportunity for more sustainable and just transformation, as fossil fuel dependence has been the major driving force for climate change and the root of wars, conflicts, and injustice. Moving towards a more sustainable, socially just energy system that works for the public interest – fulfilling climate and environmental goals – should be a priority.
Therefore, it should not be surprising that the adoption of European Union's (EU) sixth package of sanctions against Russia has been taken so long until its adoption in June 2022. This shows that the EU and its neighbouring countries still lack coherence in their attempts to switch towards green, sustainable energy and to ensure a just transition.
The initial proposal included a complete import ban on all Russian oil – seaborne, pipeline, and crude oil within six months and refined products by the end of 2022. However, the negotiated package prohibited only the import of Russian seaborne crude oil and petroleum, with a six-month transit period to secure alternatives and stabilise global oil prices. The EU's energy supply includes importing around 40% of consumed natural gas, more than one-quarter of its oil and about half of its coal from Russia (Word Economic forum, 26/04/2021). In addition, the EU receives around 20.2% of uranium fuel from Russia (Clean Energy Wire, 22/04/2022).

REPowerEU – is there hope?

In addressing this very complicated situation, the EU develops scenarios to ensure energy security. The recently published plan REPowerEU along with some good solutions, also gives numerous grounds for concern, especially with regards to its external relations plan. The solutions proposed may trigger more significant economic and environmental problems, while attempting to alleviate energy poverty. It includes pushing forward some false solutions, including a disproportional focus on importing Liquified Natural Gas, developing a new gas infrastructure, rolling back the environmental legislation, ignoring citizen voices by sidestepping consultations, and promoting renewables in protected areas.
Meanwhile, most of the Central European and Balkan governments are now seeking gas expansion, encouraged by the European Commission (EC). For example, the European Investment Bank recently funded a new Serbia-Bulgaria gas pipeline. Disturbingly, the EC actively encouraged even countries without any gas infrastructure in the Balkans, claiming that 'gas has a key role in phasing out coal transition to decarbonised economies.' For years, the EC has promoted the Southern Gas Corridor – bringing gas from Azerbaijan to Europe – as an alternative to Russian gas, even though the Russian oil company Lukoil has a 20% stke in the Azerbaijani upstream Shah Deniz gar field project (CEE Bankwatch, 2017).
Therefore, unfortunately, the EU continues planning for new gas infrastructure for more than 10 billion Euro (CEE Bankwatch, 2022). In addition, European governments and also companies like ENI and Total now work to ensure that Algeria, Azerbaijan, Venezuela, Iran, Saudi Arabia, and the United Arab Emirates increase its oil and gas volumes into world markets. All those countries are characterised by poor human rights records, lack of democracy, political prisoners, and the expansion of the military – in addition to flawed environmental legislation and billions of Euros that are supposed to be spent on so-called stranded assets. Fossil fuel assets could become stranded, when they become unprofitable when demand shrinks due to global net zero emission targets. A recent study (Bellona Europa, RAP, Ember, E3G 23/3/ 2022) shows that the EU could end the import of all Russian gas by 2025 – two years earlier than the European Commission's current target of 2027 – without building new gas infrastructure or delaying the phasing out of coal.

Years of dependence on mostly imported fossil fuels that pollute the environment undermine efforts to reduce greenhouse gas emissions and foster energy poverty and price volatility both within and outside the EU. Therefore, the solution for this crisis should be comprehensive and consecutive. There is denial of together tackling the biodiversity and climate crisis and looking at the human rights impacts in the supply chains within the European Union. This will cause spillover effects on countries outside the European Union, especially on neighbouring countries, including the Balkan, and East and Southern Partnership countries. Ignoring the social and environmental impacts of the unsustainable renewables (e.g. badly designed hydro schemes) and promoting Public-Private partnerships (PPP) would end in high prices for energy and drastically impact the most vulnerable groups. The PPPs in the energy sector often are expensive options and create long-term fiscal risks. A UN study also underlines the failure of PPP in terms of quality provision, including its efficiency, coverage and development impacts (UN DESA, 2016).

Energy Poverty in Europe – are we ready to deal with it?

The current situation affects the EU and its Southern and Eastern neighbours a lot. The increased prices for energy, along with the increased prices of commodities and food, immensely impact workers from the whole region. The REPowerEU strategy will reinforce the trend for increased energy poverty, alongside worsened living standards for the poor and the middle class. This is even more true for the EU’s neighbouring countries, where petrol and electricity prices within the large food supply systems are rising substantially, and inflation has already reached record levels, while governments neither have the ability nor political will to compensate for the losses.

Already before the Ukraine war, it was clear that Europe had large numbers of energy-poor people: 57 million people in Europe could not keep their homes warm during winter, and 104 million people could not keep their homes comfortable during summer. Among those, women have been disproportionally affected by energy poverty due to their responsibilities and household roles, lower incomes, the gender pay gap, health impacts and so on. Therefore, REPowerEU should address the already well-known systemic shortcomings in a structured way, which it doesn’t. The claim that “reducing energy consumption through price signals” represents the “cheapest, safest and cleanest way to reduce our reliance on fossil fuels imports from Russia” is problematic, when it does not describe the impact on the energy-poor, and how to address it.  The strategy misses clearly defined measures that would target energy-poor people directly, including women. The sole recognition that “Others, especially the most vulnerable may instead be forced to take painful measures” (REPowerEU) does not bring any social justice.
There are other, more appropriate actions for energy transformation: investments in green and decentralised renewables, energy efficiency and savings, development of sustainable district heating and cooling systems based on energy efficiency, renewables, waste heat, utilisation of heat pumps, and seasonal storage. The EU and its neighbourhood countries' energy security should not be built on imported energy. This means that Europe needs to speed up the electrification of heating, transport and other sectors, increase interconnectivity and integration of European counties and substantially increase the speed of deployment of sustainable forms of renewable energy. This needs to be combined with improvements in energy efficiency to minimise losses. However, all of that should not be done by disregarding the social, environmental, and even climate impacts of those actions (29 June 2022).