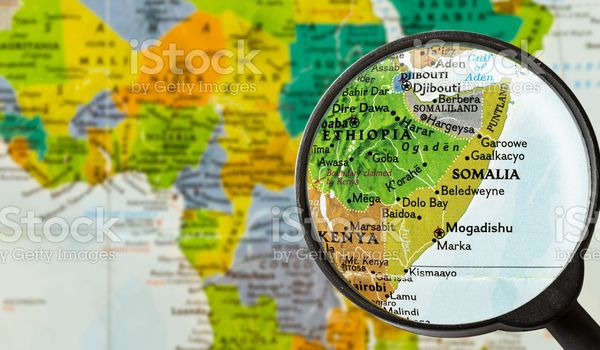 Vienna, July 2020. Diaspora communities have a significant impact on the development of their countries of origin and the well-being of the communities in their new home countries - especially in the context of the COVID-19 pandemic. The online networking meeting was hosted by the VIDC and brought together 30 experts, mostly from the Somali diaspora, living in eight European countries. Suad Mohamed, a pharmacist and migrant counsellor, and Jamal Mataan, a free lance interpreter, activist and political scientist, moderated the event.

The speakers from different European countries shared the situation within the communities, the response of the associations and engagement in Somalia. Abdibasid Abdi works as a psychotherapist in Norway, where he observed a dramatic impact on mental health and increase of domestic violence during this pandemic He has shared that Financial constraints caused additional stress.

Home office is no option

Idil Osman, a journalist, book author and a lecturer at Leicester University formerly at SOAS University of London (School of Oriental and African Studies) underlined the financial challenges because many of the estimated 108,000 Somalis in the UK work the service sector as receptionists, as taxi drivers or as helpers in restaurants. Home office was no option for them. Many Somalis lost their job but the government support programs hardly reached them. Socio cultural reasons made physical distancing difficult, as people were used to pray together or live in overcrowded households.

Government information program were focused on the majority population and did not include the communities in the countries of residence. Therefore, the Somali associations in many countries started awareness raising campaigns through social media groups, zoom meetings and Somali TV channel. Official information was translated into Somali language. In Austria, free-lance journalists like Hamdi Hassan took over the task of providing information in different languages which was broadcasted by community radio and TV stations in major cities and towns. To provide credible information for the communities is an important factor to contain the virus because many fake news are roaming around.

Home schooling for kids became a challenge. Some kids did hardly accept the parents as teachers. Others faced languages barriers, lack of skills to teach the children or lack of the necessary electronic equipment. Furthermore, many mothers were left alone with their children and had to take care of them with additional burdens.

Another important support was to offer of health advice and counselling through hotlines, like Fatumo Farah from HIRDA Netherlands reported. Around 40.000 Somalis are registered in the Netherlands. Many Somalis were afraid to go to the hospital because of stigmatisation within the diaspora community. Others did not want to risk to loose their jobs.

The Somali-Swedish politician Yasin Abdullahi Abdi reported that relatively more black people died during the first months of the pandemic. Many migrants who do not speak Swedish inadequately could hardly follow the rules and regulations.

Fatuma Musa Afrah, an award-winning activist and researcher, works with youth, women and migrants. She reported about the terrible living conditions in the refugee camps and jails. Traumatized refugees were confronted with complete isolation during the lockdown. This led to mental problems and even to suicides of young Somalis. The lack of contacts to their families and friends, no perspectives in Germany, no positive role models – all this have been factors which contributed to their wrong doings.

Local Somali associations organised larger networks and communication channels. They focused on providing the right information for the communities and get Somalis out of their isolation. In October, Fatuma Musa Afrah plans to organise a meeting which will bring Somali women together.

In terms of diaspora engagement with Somalia, the situation turned to become more challenging. Relatives working the informal economy in Somalia or in the huge refugee settlements in East Africa lost what little income they had. The business consultant Yusuf Noor reported, that the remittances to Somalia before the Covid-19 pandemic reached 1,6 billion US-Dollar. According to estimates by the World Bank, there will be a decline by 23 %. People in the diaspora have less money available for the own needs and experienced an additional pressure from their family members in Somalia.

Still, many associations continued to support livelihood and health care projects in Somalia, as Abdullah from SSPDO in Denmark stated. Beside financial support, knowledge transfer became more relevant especially within the health sectors. A Somali association in Germany United- Action wants to buy land in North Kenya, where many Somalis live, to build a Women centre. Another focus is education for children. Garasaid Chairperson Abdulwahab Aden is a Vienna based teacher and reported on the lack of equipment for e-learning in schools in Somalia, especially in rural areas. His association supports students with paying school fees and with food packages during the pandemic.