Meyers, Jeffrey (2007) The Literary Politics of the Nobel Prize.

The Nobel Prize in Literature

Rémi Tchokothe is Tenure-Track Professor in African Literatures at the University of Vienna. His current research explores ‘Migration’ to Europe that happens on African Soil (the Comoros Archipelago) and is presented in this video: Tackling "Illegal" Migration in Literary Works. 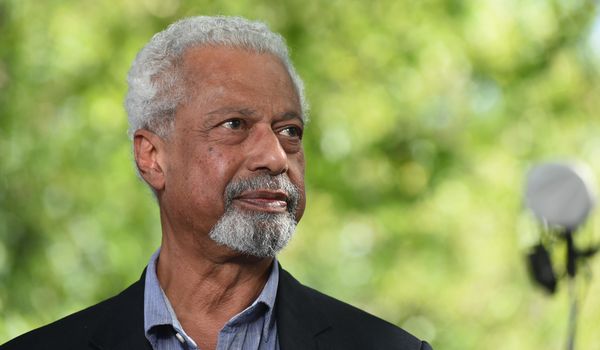 On 5 October 2021, I invited students to curiously await the life-changing news on 7 October 2021, the day the lovers and constant critics of literatures, arts and cultures around the world turned their attention to Stockholm to know the name of the writer-poet – one may now say after Bob Dylan and Louise Glück (2017 and 2020) – who has received the famous ‘call’ from the secretary of the Nobel Prize Committee. This was in the framework of my course ‘Cats, Dogs, Chameleons’? Mapping Literature Nobel Laureates from ‘Africa’.
The literary critic Liyong (2003) used the animal metaphor to review the politics of the Nobel Committee. To him, ‘barking dogs’, mostly ‘Western and European’ had often received the prize, a few chameleons adapting their writing to the market did too, but rarely did ‘regal cat, self-loving or literature-loving cats-sophisticats’, such as the unpredictable Sir Vidiadhar Surajprasad Naipaul, born in Trinidad, receive the prize. What about African writers, such as Chinua Achebe, who Liyong recommended?

After the announcement many students and colleagues asked me if I had felt this coming to ‘Africa’ again after Wole Soyinka (English-Nigeria, 1986), Naguib Mahfouz (Arabic-Egypt, 1988), Nadine Gordimer (English-South Africa, 1991), J.M Coetzee (English-South Africa, 2003) and Ngũgĩ wa Thiong’o’s name (Kikuyu-Kenya;  Kikuyu is a Bantu language spoken by the Agĩkũyũ of Kenya in the area between Nyeri and Nairobi) having circulated many times for the Literature Nobel? Literary and cultural minds still hope to see Ngũgĩ honoured given his commitment to the promotion of literatures in African languages. He resists the ‘literary identity theft’, which manifests when ‘African voices come out swaddled in European sounds!’ (2021). Where can one place Abdulrazak Gurnah in this spectrum?

From Tanzania, writing in English about Facets of the Human Condition