Additionally, Livestream on the Facebook page of the VIDC.

Senior Lecturer at the Department of Political Science and Director of the Centre for Asian Studies at the University of Ghana, Legon – Accra

Policy Fellow at the Jacques Delors Centre of the Hertie School, Berlin 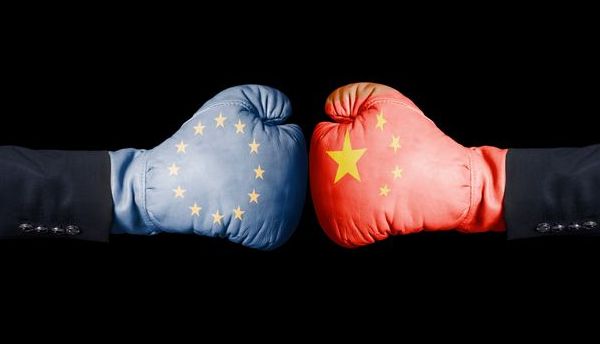 We witness an increasing foreign interest in Africa and a new race to capture its resources and markets. While the original 19th-century "Scramble for Africa" was between major European powers, today the European Union and China compete for influence on the continent. The European Union pushes for economic partnership agreements which aim to facilitate the free trade agenda. But it seems that European countries and corporations are steadily losing momentum as investors. China, however, has become one of Africa's most important trade partners over the past two decades. And as African countries are looking to fill their infrastructure gap, Chinese firms have built stadiums, highways, railways, airports, schools and hospitals. Ethiopia’s new rail system and the metro in Addis Ababa, for example, were built mainly with money from China. Also crisis-related aid from Chinese private individuals and the businesses community stand out from the rest. The volume of China’s in-kind and financial support for the continental fight against COVID-19 falls short compared to the Europeans. But aid often comes in the form of loans, with China contributing to the debt piles of African countries.

How does the EU deal with China's economic rise in Africa? How do African partners perceive the engagement of old and new superpowers on the continent? Is there a difference between their business practices? Does the new scramble for Africa open up economic opportunities that are more socially inclusive and ecologically sustainable for Africans? Can we already anticipate how the pandemic will transform economic relations and influence investment decisions? How can COVID-19 support from China and the Europeans be evaluated?

is a Senior Lecturer at the Department of Political Science and Director of the Centre for Asian Studies at the University of Ghana. His current research focuses on the impacts of information and knowledge on economic growth and social inclusion in Africa. Beside his work on development issues in Africa in general and Ghana-China relations in particular, Amoah gained insights into China from extensive research visits over the last 20 years. In his collection #notesofapatriot (2018) he reflects on his experiences in China. His latest book Five Ghanaian Presidents and China: Patterns, Pitfalls, and Possibilities has just been released.

is a Research Associate at the Free University Brussels and researcher at Sciences Po Paris where she completes her dissertation. She received a BSc in International Relations at the London School of Economics and an MSc in Comparative Politics at Sciences Po. Her work focuses on the transformations of the state and rural China and on development in the context of the activities of Chinese overseas in Africa. She did extensive field work in Zambia where she investigated Chinese arrivals from the 1990s to today. In addition to her academic work she has produced two film documentaries about China’s growing presence in Africa: When China Met Africa (BBC), King Cobra and the Dragon (Al Jazeera).

is a Policy Fellow at the Jacques Delors Centre of the Hertie School in Berlin. Previously, she was a Project Director at the office of the Friedrich Ebert Foundation in Tunisia. She also worked for different think tanks and international organisations in Europe, the US, Africa and China. Anna Stahl obtained a PhD in political science from the Free University Brussels with a dissertation on EU-China-Africa trilateral relations. Her dissertation was published as a book with Palgrave Macmillan (2018). She also holds an MA in EU International Relations and Diplomacy Studies from the College of Europe in Bruges and a French-German double degree in political science and public law from the Institut d’études politiques de Lille and the University of Münster.

is the head of the Global Sociology and Development Research Unit at the Institute of Sociology at Johannes Kepler University University, Linz, and is a VIDC consultant.

works at the VIDC on international economic and finance policy issues. Her major focus is on tax and development, especially on the impact of the international tax system on lower income countries.