How to empower Somali women in Austria

An interview with Suad Mohamed by Nadja Schuster (VIDC)

This article was published in the VIDC online magazine Spotlight 54/Dezember 2020. If you what to receive the quarterly online magazine, invitations and documentations please subscribe here.

A historic election of a Somali ex-refugee woman to Congress shows how the American dream evolves, Quartz Africa, 7 November 2018.

Cherrie Is a Somali-Swedish R&B Queen With Style and Substance, Vogue, 5 February 2018.

Suad Mohamed is originally from Somalia. She has lived in Saudi Arabia, Syria, Pakistan before she came to Austria in 2017. Mohamed speaks six languages and works as an Assistant Consultant at the Austrian Red Cross and as an interpreter at the Diakonie Austria. She graduated with a Doctor of Pharmacy degree from the University of Karachi and is currently an M.A. student at the Karl-Franzens Universität Graz. 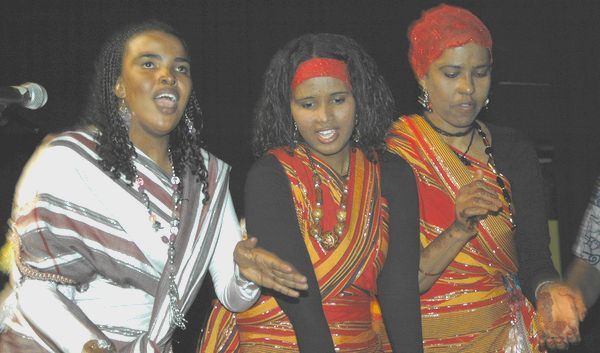 Suad Mohamed, together with Jamal Mataan, has written the very first report about the Somali diaspora in Austria. It describes the different associations represented by Somalis and the community’s engagement such as offering services and consultation related to integration, cultural and sports events, and activities related to women’s empowerment in Austria and Somalia. The report was commissioned by the VIDC and will be presented in January 2021. The Somali community in Austria comprises more than 6,000 people. In Vienna there is a concentration of Somali diaspora organizations (11) and two of them are women’s organizations. In Linz and Vorarlberg there is one organization, in Salzburg two and in Innsbruck three.

Of course they do. The Somali community is often criticized for being very conservative, but no one understands the history. In Somalia, at the time my mother was raising me, women had the opportunity to get education. Then the war came to Somalia and ISIS. As a consequence, women began to stay at home for their own security. When they come to Europe, it is easy to empower them because they had already experienced that some women had power in the system in Somalia. There were women in ministries. My mum studied medicine and my mother’s aunt was a school director. In the family, there was always a woman who was well educated and had a good position. Somali women are strong. This makes it easy to empower them.

In the Viennese organizations there are women on the board. Why? During the time of the war women became peace builders and peace agents. They used to protect their family and men. They were always creating jobs. When they come to Europe they have this idea about peace building for their children, for their futures. You see single mothers who never went to school. But they want their children to go to school in order to have a better life. So you will see a woman fighting with her husband who is saying that he does not want their daughter to study. What helps them is the system in Austria, and that schooling is compulsory.