Ali Ahmad works as a consultant for the VIDC since 2015 and has written several research papers on Afghan refugees and diaspora communities in Europe. 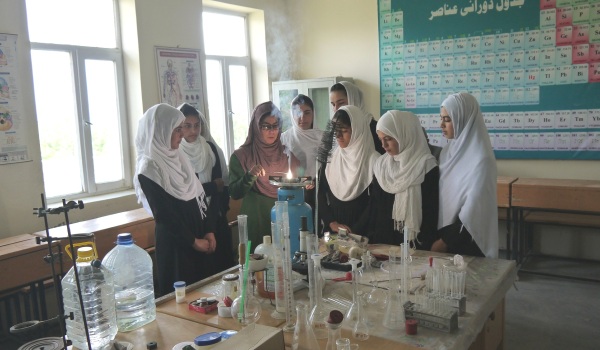 The VIDC has prepared a guide presenting promising development projects implemented by Afghan diaspora organisations in Europe since the Taliban were ousted from power by US-led coalition forces in 2001. The guide also presents recommendations from the Vienna Network Conference "Knowledge Transfer and Support", which took place in Vienna on 2 - 3 December.

Making these diaspora initiatives visible, and promoting them, is of central importance to the VIDC. Most of the actors from the diasporas who are committed to development policy are barely noticed in the development policy scene. This is due to the fact that diaspora organisations are very often only informally organised or are only weakly institutionalised themselves; they mainly carry out voluntary work and have few resources available for marketing and lobbying. Nevertheless, they provide individual and collective services for the countries of origin and thus support private health care, education and other comparable development cooperation services. It is difficult to assess the extent to which diaspora organisations influence developments in their respective countries of origin (or that of their parents). In most cases, the discussion on this topic refers to remittances made by migrants to their countries of origin. According to the World Bank, $USD551 billion of these remittances flowed to low and middle-income countries in 2019, which is three times as much as was made available for development cooperation and aid worldwide in the same period.