Report from the panel discussion on 4 November 2021 with Adil Najam, Raya Muttarak and Jane Linekar.

(born in Pakistan) is an environmental and development researcher and expert in the field of climate change. Najam is Professor of Global Public Policy and Environment, and Dean of the Frederick S. Pardee School of Global Studies at Boston University in the United States. Earlier he was the Vice Chancellor of the Lahore University (LUMS) in Pakistan. In 2008, UN Secretary-General Ban Ki-moon appointed him to the United Nations Committee on Development Policy. Najam was also one of the co-authors for the Third and Fourth Assessments of the Intergovernmental Panel on Climate Change (IPCC); work for which the scientific panel was awarded the 2007 Nobel Peace Prize for advancing the public understanding of climate change science.

is the Program Director of the International Institute for Applied Systems Analysis (IIASA) Program on Population and Just Societies (POPJUS) and Acting Research Group Leader of the Migration and Sustainable Development (MIG) research group. Since 2017, she has also been Director of Population, Environment and Sustainable Development at the Wittgenstein Centre for Demography and Global Human Capital, a cooperation between IIASA, the University of Vienna, and the Austrian Academy of Sciences.

4Mi Global Coordinator, joined the Mixed Migration Centre in Geneva as the Global Coordinator of the 4Mi project in May 2019, and is leading on a new project looking into climate and mobility in Africa. Jane was previously a researcher and managing editor at Geneva’s Graduate Institute of International and Development Studies, and analysis team coordinator at ACAPS.

is a DOC-ÖAW Fellow and a researcher at the Institute for Social Anthropology of the Austrian Academy of Sciences. For her PhD project at the University of Vienna she investigates how (im)mobilities relate to environmental change in Indonesia. She has previously worked on transnational migration, gender, and social protection as a researcher and practitioner.

is a political scientist. His main areas of work at VIDC Global Diaolgue are migration and development, human rights, and anti-discrimination, with a regional focus on the Middle East. 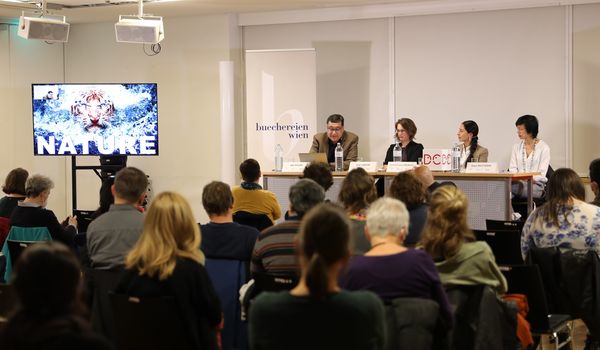 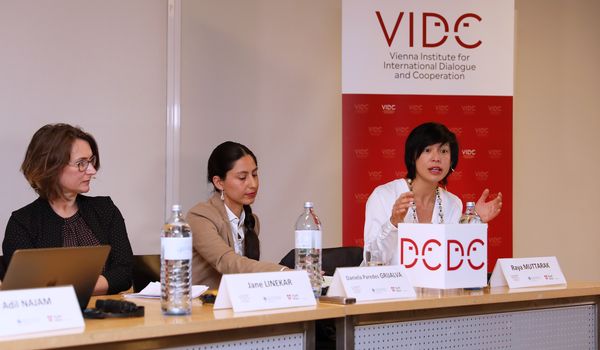 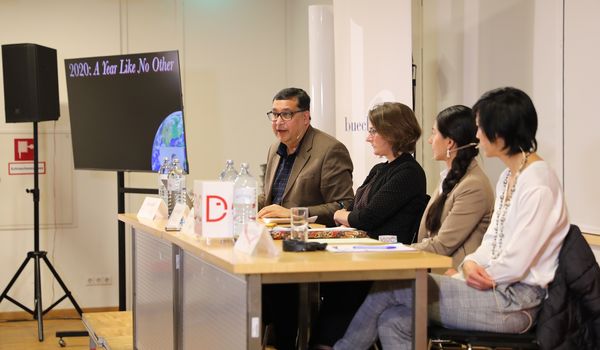 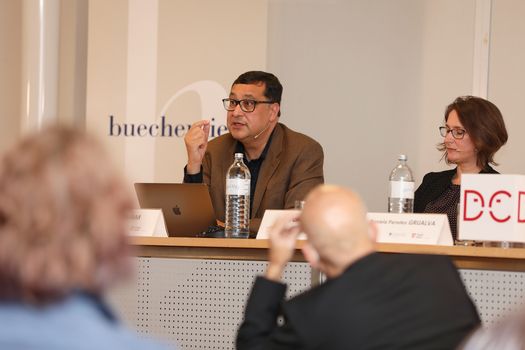 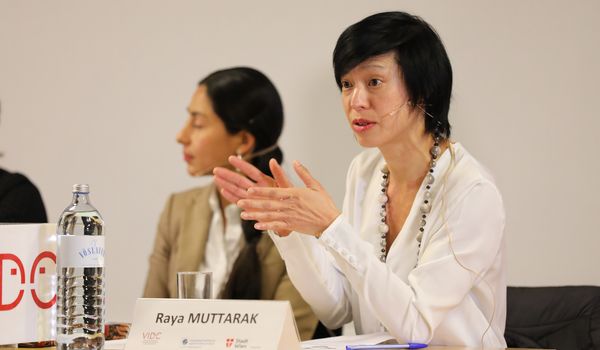 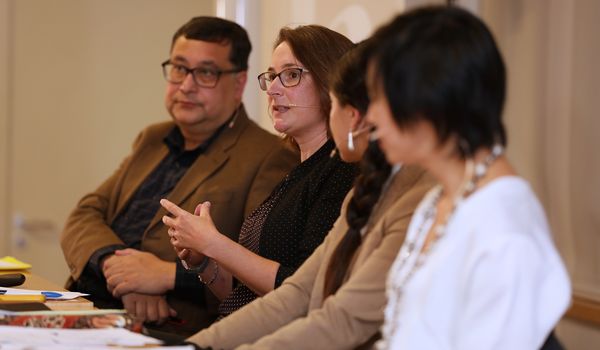 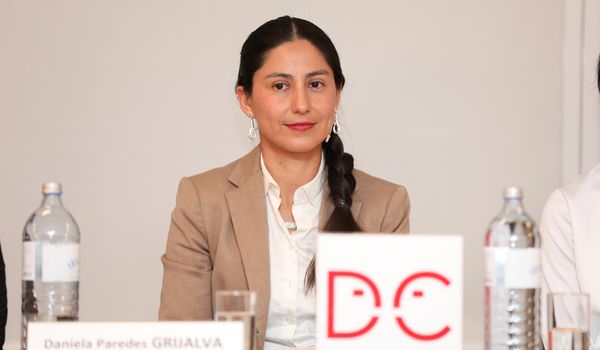 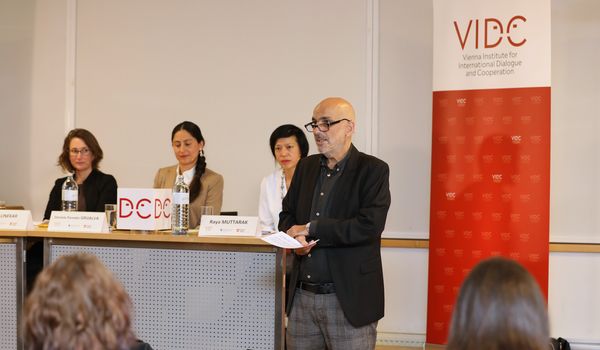 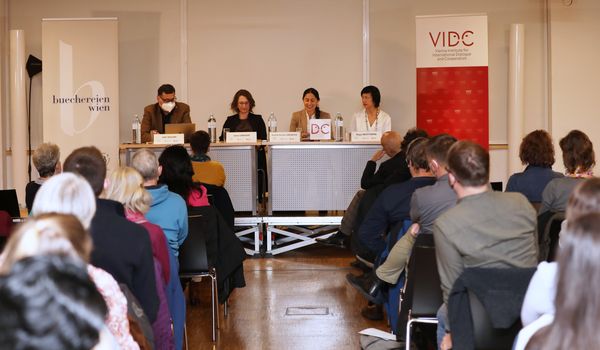 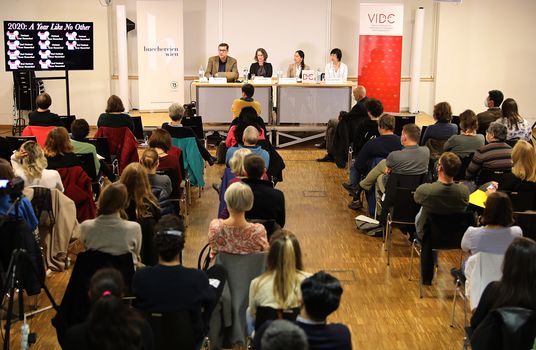 On the 4th of November 2021, the VIDC and the International Institute for Applied Systems Analysis (IIASA) co-hosted a panel discussion under the title “Climate crisis boosts displacement”. The event in Vienna took place in light of scepticism towards the proceedings of the 26th United Nations Climate Change Conference happening in Glasgow from 31 October to 12 November 2021. Michael Fanizadeh from VIDC introduced the discussion by stating that people in the Global South are particularly affected by the short and long-term impacts of climate change. This is because they have less adaptive capacity to threats like more frequent and more intense weather events. In consequence, people are increasingly forced to leave their places of origin. Adding to that, Fanizadeh stated that according to UNHCR seven million people were forcibly displaced through environmental disasters by the end of 2020. Following this introduction, the event which has been moderated by Daniela Paredes Grijalva continued with presentations by each of the three panellists, complemented by a discussion with a subsequent Q&A-session.

Adil Najam’s keynote talk focused on the climate-displacement link and its implications for society from global to local scale. Najam embedded his talk into the following questions: How should we conceptualise climate change and adaptation? What does it imply to live in the ‘Age of Adaptation’? How does migration challenge climate thinking, and vice versa? What followed was a presentation by Najam about how climate change is already happening and is therefore a current rather than a future problem: “By talking about climate change as a future issue, we fool ourselves into thinking that we have time to act. Moreover, because the world has been unwilling to mitigate to the threat of global climate change, we now live in the ‘Age of Adaptation’. This means that we must now talk about climate change impacts rather than about mitigation only. Hence, climate action is no longer about carbon management but in fact about adapting to the various impacts of climate change.”

Starting with the case that the risk of dengue fever transmission is increased by global warming, Najam further argued that the most important and most likely impacts will be about water – meaning sea level rise, droughts, and floods. In consequence, changing water systems combined with ongoing ecosystem loss led to changing food systems which subsequently threaten people’s livelihoods and thus drive human mobility. Hence, climate related migration is likely to be economically motivated migration due to insecure livelihoods. Najam added that those who migrate will be those with the most social, natural, physical, human, and financial capital. Therefore, those with little adaptive capacity are those who are involuntary immobile. Najam finished his talk by stating that we need to move narratives from managing refugees to avoiding displacement, from maximizing security to minimizing insecurity, from adaptation as a problem to adaptation as a solution, and from climate assistance to climate justice.

Raya Muttarak touched upon the gender dimension of climate-related migration. She did so by looking at it through the lens of differential vulnerability and adaptive capacity. To start, Muttarak framed the term risk as a function of hazards, vulnerability, and exposure. Key sources of risk thereby include individual factors such as age, gender, and education as well as meso and macro level factors such as public health policies and infrastructure. Using a study from South Africa as an example, Muttarak illustrated that female-headed households carry a triple burden when experiencing income shocks, e.g. shocks from climate-related events. This triple burden is expressed by the fact that being a woman implies having less capacity to cope with shocks due to relatively lower income, lower education, and less access to resources (gender burden).

Moreover, female-headed households have more dependents than male-headed or dual-headed households (headship burden). Lastly, women carry a household burden as they must do care work and household duties while simultaneously earning income. However, based on evidence from a study in India, women’s adaptive capacity can be differential as high education of a mother can compensate the fact that a household is poor. Bridging the gap to migration as adaptation to climate change, Muttarak pointed out that people in the middle-income groups are those that would move if they experienced climatic shocks. Hence, it is neither the richest nor the poorest that move. This emphasizes that those being involuntary immobile must be included in the discussion. Muttarak closed her presentation by underlining the complexity of understanding the gender dimension in climate-related migration. She argued that we need to think of migration as adaptation along a continuum of forced and voluntary migration, that migration decisions are influenced by both the individual and the household level and finally, that there is yet no consistent evidence on gender differences in migratory response to climate variability.

Jane Linekar centred her presentation not only on migration but also on immobility. She emphasized that we need to enable both safe migration and sustainable adaptation without mobility. To do so, one needs to know what people’s aspirations and capacities are and how their lived realities with regard to migration look like. Adding to that, Linekar’s research shows that very few international migrants state environmental factors as a reason for moving (five per cent of those interviewed) but rather stress that environmental factors were involved in the decision making (40 per cent of those interviewed). Hence, confirming what has been previously said, the changing environment acts as a stress multiplier on livelihoods and people usually move as a result of multiple reasons.

Linekar continued by introducing the listeners to her ongoing research which deals with migration decision making on the individual and the household level in seven African places that have been impacted by climate related events. These impacts range from rising sea temperatures, inundation, and salinization in informal settlements of Lagos and the outskirts of Alexandria to unpredictable rainfall patterns and droughts in rural areas of the Sahel and of Angola. Key issues the project deals with include the consequences of coping rather than adapting sustainably when staying immobile, the involvement of governments regarding migration as adaptation, and the change of mobility patterns among pastoralists. Moreover, the project aims on understanding the mobility patterns of those not having livelihoods directly dependent on climate but being influenced by increased food prices and decreased water security as a result of climate change. Lastly, Linekar concluded her talk by underlining that climate change and mobility are linked and that we need to understand the context-specific realities of different communities. She stated that it is critical to prepare responses to climate change to prevent survival displacement before it is happening. To do so, we need to listen to those affected and respond effectively to their specific needs.

The discussion mainly evolved about the issues of climate justice, agency, and intersectionality. Raya Muttarak started the discussion with pointing out research gaps, which are located in both quantitative evidence of the heterogeneity in climate-related mobility – which e.g. includes gender aspects – and the investigation of places of destination and places of transit, where migrants’ vulnerability can stay high or even increase. Further, Jane Linekar stressed the issue of intersectionality and highlighted that those impacted by climatic events are very vulnerable already. Responding to this is an issue of climate justice and needs to be addressed in a bottom-up manner, meaning that one needs to know which resources those moving and those voluntary staying need to adapt. Adil Najam picked these points up by emphasizing that no one is simply impacted by the climate but rather because one is vulnerable for certain reasons, e.g. expressed by intersectionality. Policies centred around climate justice and adaptation thus need to address this in a holistic way. On a hopeful note, he shows that the policies supporting people’s livelihoods could be implemented pragmatically.

The importance of climate justice from global to local scale and the importance of holistic political discourse are the key messages of the Q&A-session. Climate justice here implies that local actions, e.g. CO2-emissions, have global influence. Further, local problems need both global action and context-specific local adaptation. Amongst other mechanisms, this can be reached through creating more sustainable and diverse livelihoods in the light of a changing climate while simultaneously empowering local communities. From a policy perspective, Najam called for a broader inclusion of development voices in the discourse on climate and migration. Muttarak added that migration is a politically sensitive topic and that conflict and subsequent refugee flows, which in turn contribute to political tension, can be affected by climatic events given specific contexts. Thus, we need to understand the complexity of these events. Further, Linekar pointed out that most migration movement stays within a region. She therefore called for emphasizing the perspective that mobility often happens internally rather than internationally, e.g. from Africa to Europe. Lastly, the discussants urge to cope with transnational migration influenced by climate change through a translocal perspective, through the facilitation of migration, and through protection mechanisms for those on the move.