#2: Life under the Taliban

#2: Life under the Taliban

Back in Herat: The daily struggle of a human rights defender

Parween worked as a human rights and women activist for the past 13 years in Herat in Western Afghanistan. 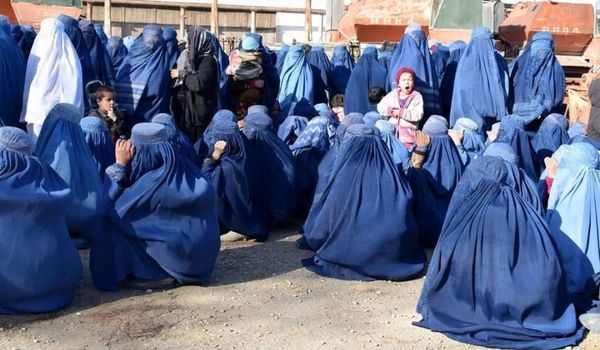 Life under the Taliban. Under this title, VIDC Global Dialogue launched a new series of articles on the situation in Afghanistan after the Taliban seized power in August 2021. Women and men from many different parts of the country and with different perspectives and realities tell their stories. Parween1 worked as a human rights and women activist in Herat for the past 13 years. In this article, she tells us about her experiences since the Taliban took over: about her attempt to escape in Kabul, her return to Herat and the lingering hope of one day being evacuated out of Afghanistan.

I'm Parween, and I spent the last 13 years working for national and international organizations, as well as serving my people through my civic and social activities. After finishing high school, I studied economics and management at a private college. After graduating from my undergraduate studies, I spent a year studying leadership. I was always involved in civic activities and supporting my community since the tenth grade. Over time, I began to focus on helping the most vulnerable women in the community. It was a meaningful and fulfilling life.

I continued to live a fulfilling life until late July 2021. In the months before the Taliban took over Afghanistan, I went to work under difficult conditions. I only had a hazy understanding of the country's political situation. Everywhere I went, there were speculations of the Taliban returning to power. Ultimately, I witnessed two critical districts of Herat province (Injil and Gozara) fall under Taliban control. This could only mean that they were closing in on the region’s capital.

My organization decided to relocate me, my family, and many of my colleagues to Kabul, hoping that Kabul would not collapse into the hands of the Taliban. Following the fall of Herat, Kabul was taken over by the Taliban some days later. I tried very hard to leave the country on any evacuation flight possible, but I was unable to do so. For a long time I remained in Kabul, unable to return to Herat because I was informed by my neighbors in Herat that the Taliban had come to my house looking for me. I was very frightened. I could feel the darkness spreading throughout my body, and I tried to calm myself by repeating every prayer I knew, but they were ineffective. I called my neighbor and asked him to tell the Taliban that I had already left my house and they (my neighbors) are not in touch with me any longer. Despite that, the problems escalated and the Taliban went to my house several more times to find me.

After spending a long time in Kabul and being unable to leave the country through the evacuation flights, I returned to Herat province. Even after returning, I have been constantly changing my residential place, fearing that the Taliban may be able to find me. Every day, my fear grows as the Taliban arrest and torture female civic activists who were left behind in the country.

After the Taliban took power, our organization's mission, which was primarily focused on the protection of women, was halted. The Taliban has not yet authorized our organization to resume our operation, due to the sensitivity of our activities. We are still unable to appear in public and must live and carry out our duties in secrecy.

From a personal point of view, it is difficult to live with so much stress and surrounded by horror. I've been experiencing the most difficult days of my life. I'm now working remotely, and the prospect of being productive has kept me optimistic, but life here is becoming increasingly challenging, which adds to my stress. Although no one here is at peace, life for educated and working women is particularly different. As one of the educated women who has worked her whole life to help the women and people of Afghanistan, it is hard to hold on to hope. In the blink of an eye, the world I knew turned to one of terror and despair. I fear the present, am anxious about the future, and have anxiety about whether I will survive from one moment to the next.

As the pressure on civic activists and educated women builds, and the struggle for survival worsens, it is hard to remain hopeful. I’m struggling these days. Every day, the restrictions by the Taliban narrow the window of hope for me and hundreds of women like me. When I read about the arrest and torture of female civic activists, women's rights advocates, journalists, and women from the Balkh women's protection center2, my stress level rises, and I see myself in the same situation, if the Taliban discover where I currently live.

The city and the people in it have been greatly changed. Fear and a sense of worthlessness washes over the city, as if the city and people are already dead. I have dedicated my life to helping women in need. Now, I have nothing left; nothing but my fear; nothing but sitting in a room, surreptitiously looking out the window. It is worse than being a caged bird. Worse because the bird is not afraid of being killed at any moment. I, on the other hand, fear am in captivity and fear death at any moment.

It is very difficult to walk in my shoes by reading what I have written unless you are a woman like me who lives under the Taliban regime. Every night, I see the nightmare of being arrested and tortured by the Taliban. When I was in Kabul, I knew it was risking my life every time I went, but I continued to go to the airport. Now living in Herat city, I still have not had an opportunity to escape.
It is not easy to witness and bear the public hanging of people in your city, a place where you have grown and experienced 20 years of democracy. I saw with my own eyes the death of my fellow people. At Kabul airport, I witnessed children trampled underfoot by the throng of people trying to escape. I witnessed a bloody stream at the airport's Barran gate. Seeing these scenes stresses me so much, because I can imagine that the same thing may happen to me at any moment. I used to see hope in the city and opportunities for growth and vitality, but today, the only thing that is more abundant in the eyes of my people than anything else is fear. People are drowning in their challenges without being able to help one another. It seems they are terrified of each other. And I see absolute worthlessness in everything: relationships, communication, and humanity.

Yet I still breathe and continue with all these challenges with the hope of being evacuated from this country, where I can no longer fell alive due to the constant fear and threats.

1 Name known to the editors

2 The Taliban fighters arrested 40 women from Balkh women’s protection center on the 25th of January. The de facto Taliban rulers claimed these women attempted to travel out of Afghanistan without legal documentation. Afghanistan International reported that some of those women were released, while several others were still in custody of the Taliban. According to media reports, the women were waiting to be evacuated from Afghanistan to western countries, but were arrested before