Why is it important to talk about recent women's protests in Iran?

Homa Bazafkan has a Master of International Development at University of Vienna and currently, she is a PhD candidate in Gender Studies at the University of Graz. 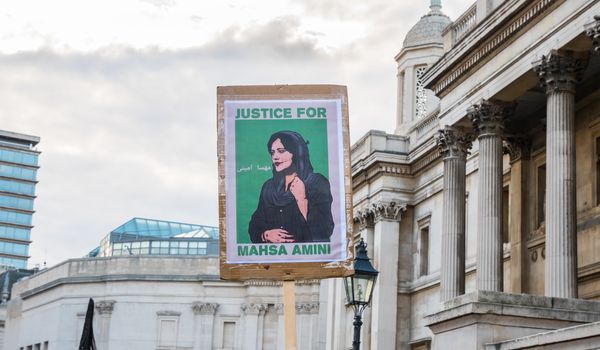 Iranian women are at the forefront of street protests against the Islamic regime. These fights, which began with the tragic death of Mahsa (Jina) Amini at the hands of the so-called morality police, prompted Iranian women to take to the streets and speak out against the Islamic regime's anti-women decrees. Mahsa's heartbreaking death prompted Iranian women to rise against the repressive rules that have eroded their rights since the revolution. It is essential to discuss the consequences of Iranian women's protests in the region as they inspire women's rights movements in other Muslim countries. Especially with their unforeseeable continuation against the Islamic government, these protests are no longer just protests but the beginning of a new revolutionary era in Iran. These protests gave a new face to women's movements in the Middle East as, since the Arab Spring, Muslim women have struggled to express their feminine identities while fighting for peace in their countries. The difference, however, is that today's protests are being led by women, giving them the leadership of change for Iran's future.

What message does this slogan aim to spread?

The Iranian women's slogan, "Women, Life, Freedom," refers to the importance of women not only in the inner structure of society and families but in positions of leadership in politics. Women in positions of power in the government create the link between freedom and progress for women’s liberation. The symbolic movement for taking off the headscarf, leaving the house without the obligatory headscarf, and cutting one's hair is a social performance that fights against the oppression that attacks women’s bodies, identities, and desires. What should be noted is that the transformation and enlightenment of Iranian society in the shadow of Iranian women's street campaigns in recent days has brought together many social and religious groups, igniting men's support for women's rights.

These women-led protests are an alarm for the Islamic government's ideological education that promises to send out the message of the revolution that has always exploited women, their bodies, and identities as tools in fighting against the West. For more than forty years, the Islamic government promoted an education that portrayed women as men’s property to protect from modernism and imperialism; however, above all, it was a means of controlling women and preventing their takeover of power in society. The Islamic government used religion as a tool to infiltrate the family structure and incite a war that enforced hijab rules and oppressed women as a means to defend Islam, thereby victimizing women in Islamic society.

What are the impacts of this slogan on today’s movements in Iran?

This slogan, born from the Kurdish women's revolution in Rojava, was chanted in Iran as an uprising against patriarchal thinking and the ideological use of religion against women. The importance of this slogan is that it has been used to protest against unjust social policies toward women and their systematic removal after the revolution, thereby strengthening the individual agency of women in the fight against the symbolic tools of oppression and violence, i.e., the hijab and raising awareness of society in this regard.

It has created an irreversible social resistance movement among the young generation of Iran, which believes women’s rights to be the primary milestone for changing their future and a symbol to resist the corrupt influence of the government administration in creating poverty, insecurity, and unemployment. This social movement flourished even though neither the revolution of 1957 nor the demonstrations between 2008 and 2019 addressed women and their oppression. Moreover, this demonstration should be discussed as a rejection of the passive portrayal of Third World women by Western feminists, which is an inspiration for women's movements in the region and even the world. The ideological gap and polarization in Iranian society have put the Islamic regime on the slope of unsustainability.

The role of Iranian feminist campaigns

But what happened in the last few days was not an overnight event but a series of bitter conflicts and political follies in the Islamic government's internal and external social and economic policies fueled by the abuses of Islam, which discouraged people from religious beliefs. The initiators of these protests have been the abuse Iranian women have endured through the suppression of their rights to life, marriage and divorce, and custody of their children. Thanks to social media, women's movements could find a substantial audience and basis recently within Iranian society, launching different virtual educational campaigns for Iranian women. Many feminist websites have been created to publish articles about women's rights in Iran in recent years. These women's movements are trying to educate women in Iran by translating the texts of various feminist schools, synchronizing with global feminist campaigns like MeToo, and calling to raise awareness of the struggle of Iranian women. In addition, multiple workshops have taken place recently on topics such as violence prevention, most of which have been criticized and attacked by the Islamic government. Although many women activists have had to leave the country and continue their support abroad, they remain in contact with civil movements in Iran to reflect the realities inside Iran in the world and to be the voice of women and female prisoners.

The consequences of Iranian women’s protests

Moreover, the solidarity aspect of the recent women's protests exposed the Islamic regime's failed long-standing project to enforce separation conspiracy theories regarding other religious or linguistic groups in Iran. This solidarity was beyond the imagination of Islamic regimes. This issue demonstrates the failure of these policies to oppress women. Women are celebrated as battlefield heroes and ideals of bravery by men, leading to a surge of respect for women. The protest movement of Iranian women to abolish the compulsory hijab has also been accompanied by a positive response from men. This progress, encouraged by the slogan "Women, Life, and Freedom," has ushered in a new era of change in Iranian society.

These protests came onto the scene with the motive of supporting women and defaming the Islamic regime's repressive discourses against women; in reality, they brought about an enormous change within society concerning the role and rights of women in the social and family structure. The significance of the Iranian protests lies in their influence on women's rights campaigns in the Islamic world, which politicians see as unwelcoming as it was less of a reaction by politicians in those countries to Iran's recent feminist revolution. The issue is not whether these protests could change the regime in Iran soon but instead spreading the message of the hidden bravery of Iranian women that will have repercussions in Iran and the surrounding region.