#4: Life under the Taliban

#4: Life under the Taliban

The monster is back

Anisa from Mazar-e Sharif works as a university lecturer in Afghanistan. 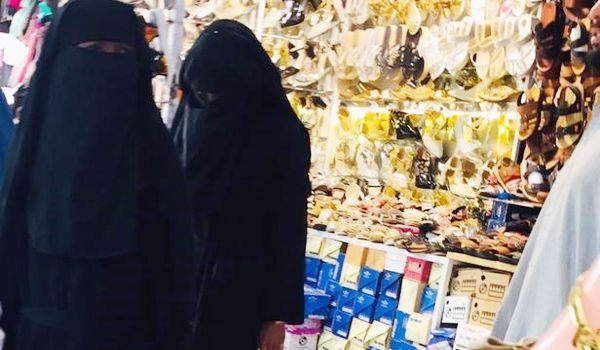 In Afghanistan, 15 August marks the anniversary of the defeat of the United States and its allies and the complete takeover of the country by the Taliban. Since then, the situation of women and girls in the country has deteriorated dramatically. Anisa* from Mazar-e Sharif tells us her story and how the dreams of women and girls are shattered every day.

Under the title "Life under the Taliban", VIDC Global Dialogue launched a series of articles on the situation in Afghanistan after the Taliban seized power in August 2021. Women and men from different parts of the country and with different perspectives and realities tell us their stories.

I work as a university lecturer. At my job, male and female colleagues’ offices are strictly segregated. Our classes have been partitioned to separate girls and boys, and yet I must cover my face while teaching. Girls are not permitted to wear colorful clothes and cannot enter the university without a face mask. Our female staff must wear a black hijab. If we don’t, the Taliban punishes us.

I am Anisa, an educator from Northern Mazar-e Sharif in Afghanistan’s Balkh province. I have seen the rise, fall and rise again of Taliban to power over three decades. I have spent my whole life here – as a student in the past, or as a university lecturer in private universities in the city of Mazar-e Sharif. I have an immense love for education and progress in every area of life and in my country. Last August, my dreams for a prosperous Afghanistan were shattered by the Taliban takeover. Last August, Western countries fed us to the wolves.

I was only ten years old when the U.S.-led international forces ousted the Taliban government in late 2001 from power for hosting Osama bin Laden, former leader of Al-Qaeda and known orchestrator of 9/11 attacks on U.S. soil. After the Taliban was removed, Hamid Karzai was chosen to lead the country and instill hope in a new Afghanistan, where girls were once again allowed to go to schools and universities and women were allowed to work. In 2010, I graduated from high school and continued my higher education at a private university, where I enthusiastically studied law and political science. This was my passion.

During the first Taliban rule in the 1990s, I thought of the Taliban as monsters for women. During their five years in power, they banned girls from schools and women from work. This continued until they were ousted in 2001. The subsequent twenty years of economic, military, and political engagement of Western countries in Afghanistan created new opportunities for a new generation – we could dream big. During these last two decades, Afghan women progressed and moved forward, like the rest of the world. We were naïve to believe that the West would not leave us. But leave us, they did, while we watched the Taliban gain territory and advance towards major cities – eventually capturing Kabul on the 15th of August, 2021. The world watched, idle.

Before the takeover, those who were engaged in peace negotiations with the Taliban repeatedly told Afghan women that the Taliban have changed. They said that the Taliban would not impose their strict, oppressive interpretation of Islam if they came to power for the second time. This narrative dominated discussions – until the nightmare of Taliban’s return to power became a reality. I could not believe the fall of each city, one after the other, until my city, Mazar-e Sharif fell to Taliban. I could hear cars and motorcycles. I could see the Taliban’s flags raised all over the city. Their rise to power was exactly what I had imagined: they were monsters. The once-distant possibility became a reality and once again, the sky of my dear country turned black. As Mazar-e Sharif fell, many families decided to move to Kabul because it would not fall to Taliban any time soon – or so they thought. They expected that surely, the former Afghan government would fight the Taliban and protect the capital, but this defense never came.

Despite these expectations, Taliban quickly took control of Kabul and we, the Afghan women, saw our lives as ruined; we had no reason to live. Our hope dwindled, our dreams were over, and our lives were lost. We were scared and traumatized. All day and all night, news of the Taliban is being circulated – their decisions, their actions, their decrees. They plan how much they should oppress our people, how often they torture, how they should kill innocent people. I often think that one day it would be my turn – one day, I would be one of the victims of the Taliban. Indeed, a woman does not have the right to move around freely in my city. She does not have the right to live freely and enjoy her life in Afghanistan. Strict laws are applied on us. Our conditions are getting harder and harder.

It is difficult to be a woman anywhere in the world, but perhaps being an Afghan woman is one of the most painful destinies. No one and nothing is truly at in peace in Afghanistan, but life is different and harder for women. I, as an educated woman who has been working in civic and social activities for more than 6 years, do not fulfill my dreams. I stayed in Afghanistan, with fear and despair of the present, and an ambiguous and unknown future. I am not sure if I survive the coming seconds, minutes, hours. It is difficult to live with this situation – I can only hope to survive this suffocation. Ever since the Taliban came to power, I and all women have been hit hard by the Taliban’s harsh rules. We may be alive physically, but we are dead mentally and spiritually. Being a woman here requires courage, courage to defend herself from the constant enemies of humanity, the army of ignorance, the Taliban.

Women are deprived of access to education and work – both fundamental human rights that every woman and girl deserves. The Taliban justify their inhumane ban of women from workspace and educational centers as “un-Islamic”. They threaten us with guns, insult, and humiliation if we, Afghan women, do not abide by their orders. We do not have hope to live and survive anymore. Here in Afghanistan, the land of war and blood, the male-dominated land, being a woman is a crime. This is the land where the dreams of thousands of Afghan girls are like a sycamore leaf: they fall and die. We are from the generation of mass graves. We are from the generation of migrants and displaced people in every land. We are from the generation on the sunny borders of Iran, Turkey, Greece and the rest of the world.

Women in Mazar-e Sharif have all lost our hopes for a better tomorrow. Arbitrary arrests, harassment, torture, disappearance, and the killing of active women have become routine. I am scared for my life and for the lives of my family members. Our crime is that we are women. How hard is it to be a girl? How long do we have to be punished for being a woman? Living under the Taliban rule is becoming more and more difficult. Afghanistan is a land of deaths, and we die every day without living. I have no passion anymore. I worked hard for years to achieve what I had in past years. Today, I have nothing but fear.

As insurgents-turned politicians, the Taliban have one agenda item – what Afghan women should wear and how they should appear in society. In fact, their whole governance focus is on women’s hijab and dress code. All they focus on in restrictions on women: in schools, in universities, at work. They are all brainwashed into exercising and imposing this strict interpretation of Shari’a law.

The world must know that the Afghan women exist. We are here, and we are being challenged by tyranny of the Taliban regime. And yet, the United Nations and the rest of the international community remain silent. The EU must not forget us, nor our struggle. We demand that the world takes responsibility for what happens here. We demand the EU to pressure the Taliban to allow us to work and learn. We demand our basic human rights to be respected.

* For security reasons, the author is relying on a pseudonym.