Afghanistan’s Blame Game. Why did the Islamic Republic collapse?

Afghanistan’s Blame Game. Why did the Islamic Republic collapse?

Analysis: Afghanistan’s Blame Game. Why did the Islamic Republic collapse?

Haroun Rahimi is an assistant professor of law at the American University of Afghanistan and a visiting professor at Bocconi University Milano, Italy. 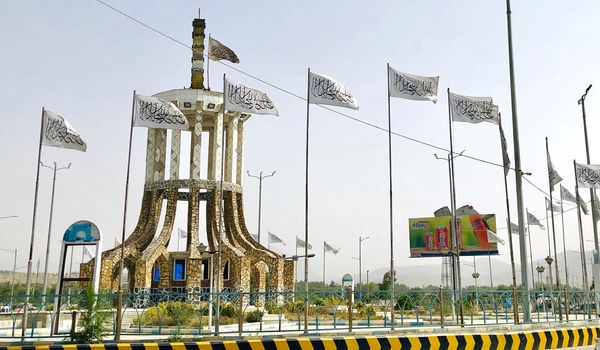 The attached analysis critically assessed and interrogated the dominant narratives of the fall of the Islamic Republic of Afghanistan (IRA). The sudden fall of the IRA demands an explanation. One year since the collapse of the IRA, three main explanations compete for prominence. While acknowledging the multicausality of the collapse, each explanation gives the main weight to a different cause. Each narrative has different implications for what lessons are there to be learned from the collapse of the IRA and whose voice should be listened to on Afghanistan moving forward.

The first explanation considers the internal weaknesses of the IRA as the main cause. Proponents of this view argue that the endemic corruption of the institutions of the IRA and the political infighting within the IRA camp gave the victory to the Taliban. The second explanation considers the external factors to be central. The basic premise of this explanation can be stated as follow: had it not been for steady Pakistani support of the Taliban and the U.S./NATO military withdrawal from Afghanistan, the IRA would not have collapsed. The last explanation accords the most causal weight to the Taliban. Proponents of this view credit the Taliban’s political and military prowess, their dedication to their cause, and their popular base in the country for their eventual victory.

Simplicity ensures a narrative saliency and each of these narratives simplifies the story in a particular way that makes us susceptible to a particular set of actions. In this way, these narratives are equally about the future as they are about the past.
I argue the IRA collapsed because it was built around the presence of foreign forces in the country. It could not survive the U.S. withdrawal because it would have to transform itself, those in charge had no incentive or legitimacy to lead such a transformation, and the time ran out as the Taliban insurgency grow stronger for a combination of internal and external factors.

The lesson moving forward is that the only sustainable solution to the crisis of Afghanistan can come from within the country. It is up to the Taliban to either facilitate broad participation in negotiating the basic structure of a political system that most Afghans would find acceptable, making them want to dedicate their lives to improving it, or condemn the country to another round of conflict that would end their rule and cause immense Afghan sufferings in the process. So far, Taliban seems to be on the path to the second destination.

Economically, the lesson moving forward is that humanitarian aid, while necessary in the short term, cannot solve the country’s economic ills. The massive injection of international aid is likely to cause more harm than good. Instead of solely focusing on humanitarian assistance, the international community should entertain sanction relief—excluding the arm embargo and sanctions against individual Taliban leaders—giving the Afghan economy the best chance of going through the painful but unavoidable process of adjusting to a reality where Afghanistan is not the top recipient of international assistance.