Sengupta, Ranja (2020) Covid-19: Trade policy choices for developing countries during and after the pandemic”

Oxfam International (2007) “All costs, no benefits: How TRIPS-plus intellectual property rules in the US-Jordan FTA affect access to medicines”, Briefing Paper no. 102 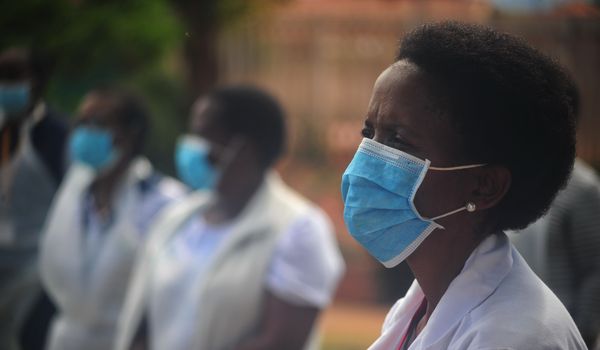 The global trading system, in particular the World Trade Organisation (WTO), was instituted in 1995 in order to establish multilaterally agreed rules and a dispute settlement mechanism. Since the WTO faced an impasse, which culminated in 2008, an increasing number of trade and investment agreements, generally known as Free Trade Agreements (FTAs) or International Investment Agreements (IIAs) have proliferated globally. These agreements span all the old issues, such as trade in agricultural and industrial goods and services, intellectual property rights (IPRs) and investment.

Newer agreements and issues, including expanded investment and IPR provisions, are infringing deeper on regulatory policy, impacting governments’ ability to design and implement independent domestic policy and constraining their policy space to craft economic and even social policies for development.

For developing countries, this implies a particular challenge, as their regulations are still undeveloped or under-developed. The multilateral trading system promised to help developing countries bridge the development divide, but this has not really materialised. These agreements generally promote so-called “free trade” and call to eliminate import duties and subsidies. At the same time, developed countries have protected their economies through subsidies, standards and technical barriers (known generally as non-tariff barriers) as well as through control over technology, maintained through a system of IPR protection.

The IPR regime is a non-trade issue that was first introduced in the WTO Agreement on Trade Related Intellectual Property Rights (TRIPs). It has then repeatedly been pushed through other trade agreements to ensure the economic control by corporations through the control of technology, often asking for commitments that go beyond TRIPs. The system asks governments to protect the economic rights of “innovators” through the protection of their IP monopolies. The evidence that this encourages innovation is still inconclusive. While innovators need to be compensated for their innovation, the prices charged are most often prohibitive and have severely limited access of critical products such as seeds, medicines, and medical devices for ordinary citizens everywhere. But developing countries have been hit more, as they own very few of these IPRs (with the increasing exception of China) but bear the increasing costs of the system. The IPR system has also challenged the development of cheaper, generic medicines from countries such as India, Thailand, Brazil and China.

Countries may use flexibilities offered under the TRIPS Doha Declaration on Public Health, allowing them to issue compulsory licenses, or imports from generic producers. But they are always under pressure not to use such flexibilities.

Trade and investment policies also impact public health measuresOther areas of trade such as trade in goods, and in particular the removal of import duties and subsidies, have aggravated the threat of having no access to medicines and health care products. The ability of developing countries to produce the products they need is compromised. Investment agreements have further restricted governments’ options to protect public health. They allow foreign investors, mainly large MNCs, to sue governments in secret, international arbitration cases through the Investor-State-Dispute-Settlement (ISDS) clause for any change in government policy that leads to a fall in their profits. Evidently, public health measures such as the control of medicine prices and the regulation of foreign owned health services can be challenged under the ISDS, which can lead to a “regulatory chill”.

This system of inequitable trade, investment and IPR rules, have led to deepening inequalities between developed and developing countries, and within the latter especially for marginalised constituencies. For example, high prices of HIV/AIDS medicines have often forced women in poorer households in India to give up treatment in favour of their husbands.  These inequalities are now crippling treatment options as we face the pandemic.

IPRs are a major issue for Covid-19 medicines and future vaccines. Remdesivir, which is patented in 51 low and middle-income countries, with three more pending, was developed with the help of research that was partially funded by public money. It costs 2,340 to 3,120 USD for one patient in developed countries. Most developing countries cannot afford this price. Notwithstanding some licenses to generic companies, most developing countries will not even get supply, as IPRs limit production to the IP owner. Remdesivir is currently sold at six times its price in black markets in New Delhi, India.

Most of the Covid vaccines being developed are likely to get patented, though most are at least partially funded by public money. Moderna already set its vaccine price high, at 32 to 37 USD per dose. Sanofi’s and GlaxoSmithKline’s is currently set at 10.50 USD, while Pfizer has declared a price of 19.50 USD per dose. Most need two doses per person. Even with discounts on profits, as promised by some of the companies, these prices will still be prohibitive for developing countries. They have to vaccinate large populations, and limited supply will pose another problem.

The import-dependence of countries of the Global South and the high concentration in global markets both for medical products have compounded the problems posed by IPRs. According to a recent WTO report, the US and Switzerland supply 35% of medical products, while China, Germany and the US export 40% of personal protective products. Singapore, USA, the Netherlands and China export more than half the world's respirators and ventilators. When exporting countries put up export restrictions, many developing and least developed countries will not have the supplies they need. This deepens inequalities between the rich and the poor, within and across countries. The highest bidder will take all, as we have seen in the case of Remdesivir, masks, and Hydroxychroloquine. The situation will repeat itself in the case of Covid-19 vaccines, as the US and several European countries are booking stocks in advance.

Investors continue to profit from the Pandemic

Notwithstanding the utter destruction created by the pandemic, investors are still suing governments through the ISDS for measures to fight the pandemic. Private hospitals, many of which are foreign funded and defy regulations, are charging crippling amounts for Covid-19 testing and treatment across developing countries, forcing poorer people to hide the disease and risk deaths. This has happened in both rich and poor countries, but in poorer countries with smaller public health facilities, the impact is even worse.

The global trade system needs to be turned upside down

Unfortunately, prescriptions coming from the WTO ask countries to do more of the same, asking for more liberalisation and limiting export restrictions, while limiting the regulation of companies. But there is no recommendation to change the TRIPs agreement and the IPR regime. There is a clear disjoint between what countries need now and what conventional trade policy has been prescribing, as well as a disjoint with human rights and the Sustainable Development Goals.

Many developing countries are talking of self-reliance at least in critical areas such as food and health for economic revitalization, creation of jobs and incomes, and meeting critical needs. To achieve this, they must ask for a total review and restructuring of the global trading system, including the WTO. In particular, the TRIPs Agreement as well as IPR provisions in FTAs, need to be turned upside down so that they foster, rather than block, access to medicines and health products for the world’s population, especially those who are poor, marginalised and vulnerable. This is not to argue against international trade, which is an important economic tool today, but to ask for a fair, enabling, regulated and equitable trade, IPR and investment system for the South.