A Matter of Life and Debt

A Matter of Life and Debt

Institute for Social and Economic Justice 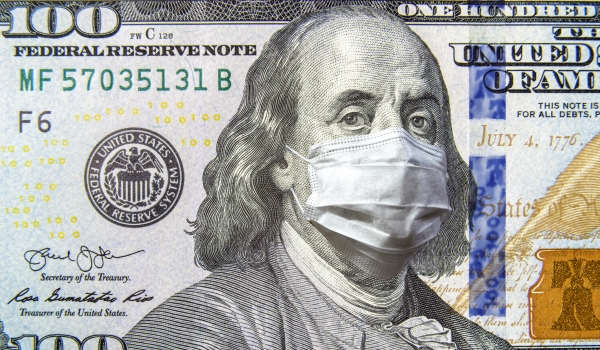 Kristina Rehbein from Erlassjahr.de started the debate by giving a short global overview of the current debt crisis. This crisis had already started before the outbreak of Covid-19. By the end of 2019, 124 countries were in debt distress – from small Caribbean islands to large African countries. 19 countries were in default, with Lebanon and Ecuador joining the group in 2020.

These countries will not be able to effectively fight the pandemic, as high debt service payments eat up government revenues – and revenues will decrease further, due to the current economic downturn. It is highly unlikely that these economies will recover by 2021, as the IMF wrongly predicted. Therefore they will not be able to ‚grow out‘ of their debt burden. Mrs. Rehbein suspected that the IMF’s „calculated optimism“ might lead to just a small group of countries being eligible for further debt relief measures. Rehbein therefore fears that 2020 will be a year of debt defaults.

Many countries will need additional financing. But borrowing has become difficult and costly, especially for lower income countries.

Global institutions have not yet reacted very efficiently to the looming debt crisis. The International Monetary Fund (IMF) has offered debt relief to 25 low income countries, and the G20 only offered a debt service moratorium for official, bilateral credits until the end of the year (the Debt Service Suspension Initiative, DSSI). Neither private creditors nor other multilateral lenders, such as the World Bank, have to participate in the G20 initiative. 73 countries are eligible for the moratorium, around 40 countries have so far accepted the offer. Notwithstanding their debt vulnerability, only lower income countries can participate. This means that many other debt-ridden countries are not offered any relief.

Debt activistAbdul Khaliq appreciated Pakistan’s Prime Minister Imran Khan’s call for a “global initiative for debt relief”. Such an initiative is urgently needed, as the debt service moratorium „is just a drop in the ocean“. But International Financial Institutions (IFIs) would put a lot of pressure on the Pakistani government to tone down its calls for debt relief. IFIs still would want to have loan contracts signed. Even after the outbreak of  the pandemic, Pakistan signed three loan contracts, including an IMF credit over 1.3 billion USD.

Khaliq strongly suggested to question the current debt sustainability criteria. According to these criteria, Pakistan is not debt distressed. But the country has accumulated debts over 114 billion USD, has a hugh and rising trade deficit and a very high level of inflation. Poverty is rising, as are the numbers of unemployed people. Their number might rise, as the IMF’s insists in its loan conditionalities to privatise state enterprises.

Pakistan’s health sector was already weak before Covid-19, with only one doctor taking care for 1,300 people. The country is not well-prepared for the pandemic. But there are no  means to strengthen the health system, as the country will have to pay over 1 billion USD per month over the next two years. Most payments will go to the World Bank, the IMF and the Asian Development Bank as well as to China, Pakistan’s top bilateral creditor. Some relief can be expected from China, but not from the IFIs.

Daniel Bertossa  from Public Services International (PSI) confirmed that, according to PSI’s national member organisations, many countries face similar problems to Pakistan. Many workers have been or will soon be negatively affected by the current debt crisis. But public services were already weak before the pandamic. According to UN estimates of 2017, there was a global shortage of 20 million health care professionals. Due to high debt repayments  there is often no money left for the health sector. Then the private sector is often invited to fill the gap, as governments  are pressurized to privatise. Privatisations often attracts corruption, because they provide investors with millions of profits. The health system will not necessarily gain, as the quality of the services goes down. Ironically, Public Private Partnerships or privatisations are often used to get debts off the public books. Debt is therefore often hidden.

Even now, as the work of public sector workers is more appreciated, calls for austerity measure to deal with the economic crisis get stronger.

Finally, Mr. Bertossa mentioned that household debts are often not included in debt calculations. But these debts – as has been seen during the financial crisis of 2008, and especially in Greece -  are often taken over by governments in times of crises. This socialisation of private losses could drive public debts up even further. Taking into account the negative political „fallout“ of debt crises, namely radicalisation and a loss of trust in public institutions and governments, it would make sense to be more „generous“ and offer more debt relief.

1. The DSSI moratorium should be extended until at least 2023. All developing countries in need should be able to benefit, and all creditor groups, also private and multilateral creditors, should have to participate. The Security Council could adopt a binding resolution  (like Resolution 1483 on Iraq, in 2003) to shield state revenues from being spent on debt service. Instead they should be used for basic needs of people.
Until the end of the moratorium, the IMF debt sustainability criteria should be evaluated to serve as a basis for a following debt cancellation. Responsible lending and borrowing criteria as well as the UN State of Necessity rule should be included in the framework.

2. Debts need to be cancelled, and the burden of debt cancellations should be shared fairly. Decisions about this burden should be based on the findings of debt audits. The members of a debt audit commission should come from a broad range of political actors, (debt) experts and interest groups. The commission should discuss the legitimacy of loans and who was and is responsible for the piling up of debts, like corrupt politicians, businesses extracting wealth, tax avoiders etc. Abdul Khaliq – who demanded the cancellation of Pakistan’s debts - reported that the Pakistani government had already started a small, but rather limited, inquiry commission.
A blueprint for any genuine debt relief initiative could be the 1953 London Agreement for Germany. This agreement cut debts, limited Germany‘s debt service, capped interest rates, and allowed it to pay back its debts in local currency.

3. Debt workout rules are needed that balance the risks between creditors and debtors. Such rules should include debt standstills and aim for long-term solutions. All creditor groups, also multilateral lenders, should have to participate. Risks of private lender should not be socialised.

4. Grants, not loans, are needed currently: Abdul Khaliq forcefully argued that no more loans should be given to Pakistan, not even for covid response measures, as those ‚covid loans‘ were used for debt service payments!

Furthermore, speakers called for an abolition of tax havens, because they spur capital flight by attracting illicit financial flows, and more solidarity among debtor countries.