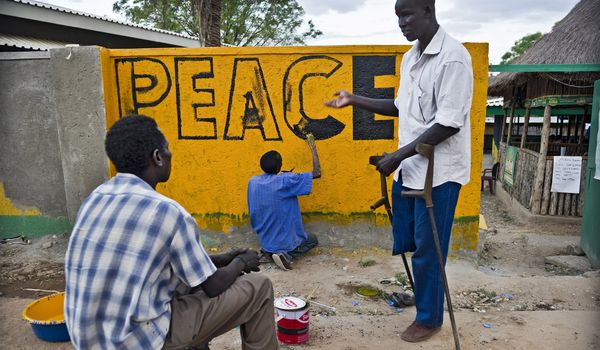 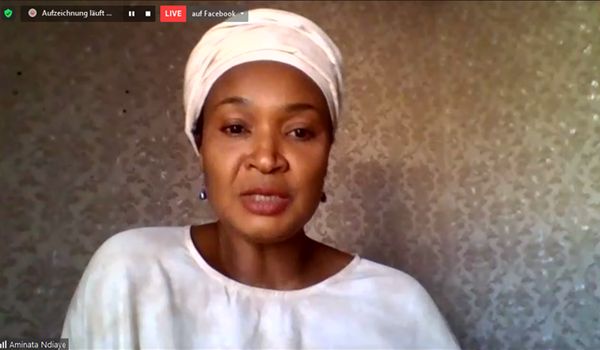 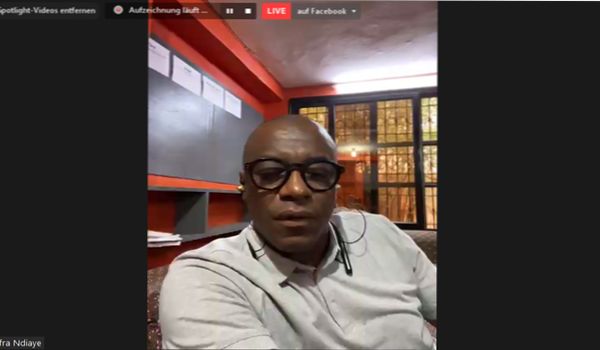 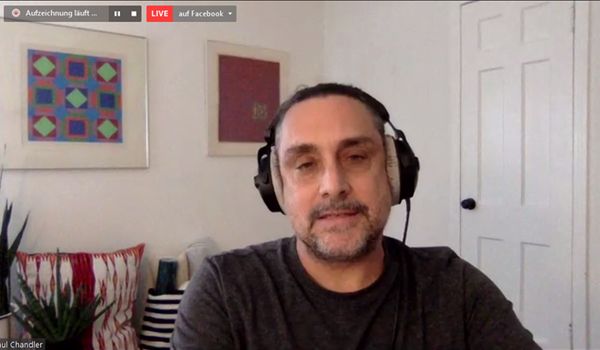 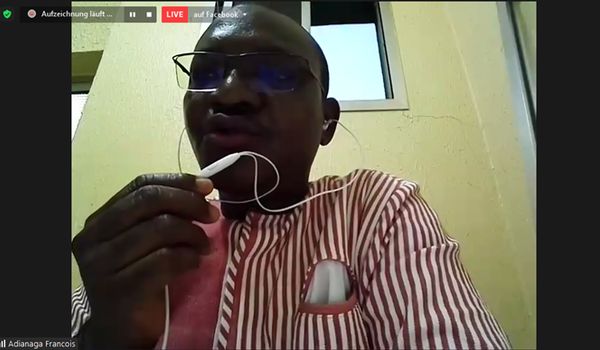 After the screening of the film, “It Must Make Peace”, moderator Rita Isiba welcomed guests to the panel discussion organised as part of the “Mini” FESPACO de Vienne, 2021. The event was held in cooperation with the Pan-African Film and Television Festival that has been taking place in Burkina Faso since 1969. The discussion explored the role of art, film, literature and music in social and political change within the Sahel region in times of Islamist terror and the COVID-19 pandemic.

Aminata Ndiaye is a senior gender expert and the regional gender advisor for the G5 Sahel, an institutional framework for coordination of regional cooperation in development policies and security matters in west Africa, comprising Mauritania, Mali, Burkina Faso, Niger and Chad. Ms Ndiaye addressed the role of the G5 Sahel coalition in the fight against radicalisation and violent extremism, as well as its support of development initiatives across the five countries. Referring to the impact of COVID-19 on the region’s informal economy, she highlighted how women and girls - as the most vulnerable segment of society - are disproportionately affected by any crisis.

Some governments have put measures in place to support the economy in general, and women in particular, however for the most part, aid went to women entrepreneurs and those with registered businesses, rather than to those working in the informal sector. G5 Sahel collects best practices from across the region and shares them amongst all stakeholders. In addition to the importance of “cultural workers”, it is crucial to introduce concepts such as “inclusivity” and “pluralism” into the peace-making process, to enable members of different ethnic, religious and economic groups to have a voice. G5 Sahel also supports dialogue between the military and civil society in conflict-stricken regions in order to re-establish trust between the two.

Aminate Ndiaye emphasized that the key responsibility for peace building and providing equal access to resources remains with government institutions. She stressed the role of youth in the peace process and mentioned initiatives designed to give them a voice, while simultaneously maintaining a solid connection to their history and national identity. Since most civil society initiatives are informal, their success is hard to measure and a uniform strategy and approach are difficult to formalise.

As women already play an important role in building social cohesion, another task of G5 Sahel is to bring them to the peace negotiation table. This will enable women to discuss problems caused by conflicts in a formal process. Even in military and security forces, studies have shown that women can add value by being able to establish better relations with the local population in conflict regions. Drafting more women into these forces is something the G5 is working towards.

Alioune Ifra Ndiaye addressed the question of how art can induce social and political change as a form of non-violent protest, as well as serving as a means to educate the population. Using Mali as an example, he explained that the biggest problem in the region is a lack of understanding among the population about of the role of modern government institutions, which sometimes seems to clash with customary or historical views. The president, for instance, is still considered to be a prophet and a messiah, while taxes are seen as a colonial imposition rather than as a mechanism to bring the country forward, e.g. financing education, health and other social services. He pointed out that since the conflict started in Mali in 2012, artists have been very engaged in entertaining the public and mitigating the traumatic effects of political and ethnic violence.

Alioune Ndiaye was also involved in mobilising Mali’s youth to take part in the political process. With a turnout of a mere 25% in elections, the political process can hardly be called representative. Around 80% of the population are under the age of 40 and democratic values have not been conveyed to them either at school or in their families. Educating people about democratic processes will set Malian society on the path to becoming a modern state with modern institutions. Additionally, there are educational and cultural programmes specifically designed to support women, as, according to Malian customs, women are not allowed to play traditional instruments. Alioune Ndiaye also mentioned the recent coup d'états in Mali (note: in August 2020 and May 2021), which have shaken the society immensely, and stated that the unpredictability of future developments is extremly traumatising for the population.

Paul Chandler is a musician, visionary educator, film director and music producer living and working in Bamako, Mali, since 2003. His documentary “It Must Make Peace“ opened the “Mini-FESPACO de Vienne”. The film emphasises the role of traditional and contemporary music in peacebuilding and peacekeeping and is a good way to spread awareness of the local culture globally.

With regards to art in the role of art in peacemaking, intercommunal cultural activities involving rural communities from across Mali facilitate dialogue and build trust. Cultural performances also aim to educate these diverse communities on the role of governmental institutions and the dangers of radicalisation and violent extremism. Being an artist requires a high level of strength and commitment, as many artists in Mali need to have another income generating job as well, in order to support themselves and their families. Many artists have been very courageous - traveling across the country to share their message and empower remote communities - even though lack of security and infrastructure often makes such travel dangerous and often logistically impossible. Paul Chandler thanked his African colleagues who worked on the film and commended their technical skills. He also pointed out that the reliance of traditional communities on the environment is often represented in local art, and their knowledge of the land and nature transferred through this art is very valuable to society as a whole.

François A. Akouabo Adiana is head of the Festival Department at the Pan-African Film and Television Festival of Ouagadougou (FESPACO) in Burkina Faso.  He emphasised the role of cultural festivals as a means to withstand pressure - whether COVID-19 or terrorist attacks - and how they help to build resilience within individuals and communities. Culture and arts are also perceived as a therapy for the collective treatment of trauma. The outbreak of the pandemic taught the population that it is possible access cultural events online, while the general understanding previously was that cultural events could only be attended in person.  These programmes also help promote national identity, social cohesion and cultural values, which are becoming increasingly lost among the younger generations. Modern cinema helps connect viewers with their cultural roots in an accessible format and attracts people who would not normally be interested in such subjects. Through these events, youth also better understand the need for a functioning, democratic state and learn to see their government more critically. Some films specifically addressed the role of women in society, and female directors and producers received special support through a professional network.