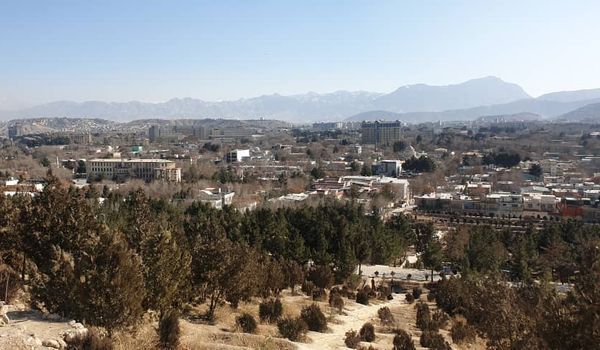 On the 22nd of January, the newly appointed National Security Advisor, Jake Sullivan informed his Afghan counterpart in a telephonic conversation that the U.S. intends to review the U.S.-Taliban peace agreement signed on the 29th of February 2020 by the Trump administration. According to the transcript of the conversation released by the White House, the new administration will assess “whether the Taliban was living up to its commitment to cut ties with terrorist groups to reduce violence in Afghanistan and to engage in a meaningful negotiation with the Afghan government and other stakeholders.”

Ongoing attacks by the Taliban

Nearly one year after signing the peace deal in Doha, there are no signs of a reduction in Taliban attacks, the insurgents’ relations with terrorist networks have remained strong and the negotiations between the Taliban and the Afghan government have remained unmoved despite the second round of talks that began on the 6th of January. The Taliban have instead intensified their attacks in 2020 leading to a high number of civilian casualties throughout the country. According to the UN Assistance Mission in Afghanistan (UNAMA), between the 1st of January to 30th of September 2020, a total number of 2,117 civilians were killed and another 3,822 injured. Children constituted 31% of the total casualties while women stood at 13% last year. Afghanistan also saw a sharp increase in the number of assassinations in 2020 which according to data compiled by the New York Times totals 136 civilians that include journalists, religious scholars, human rights activists, and women rights defenders. The spree of targeted assassinations also include 168 members of the Afghan security forces who have lost their lives in such attacks.

Many in the Afghan government accuse the Taliban of being behind the assassinations, but the group denied its involvement in a statement sent to the media. The Taliban stated that they did not target “non-military and unarmed personnel over the past two decades,” a claim that many find hard to believe. According to U.S.-Taliban deal, the U.S. are due to pull out their remaining 2,500 troops from Afghanistan by April 2021, but the spike in violence could delay this withdrawal. The Afghan First Vice President, Amrullah Saleh, confirmed in an interview to BBC that the Taliban had not separated themselves from Al-Qaeda and other regional terrorist networks. Since the signing of the agreement, Saleh said that his government killed one top Al-Qaeda operator in central Ghazni and two in southern Helmand provinces.

“The U.S. came to assist a small country to prevail against terrorism, against radicalism and Al-Qaeda affiliates.” stated Saleh during his interview with BBC. He believes that the U.S. has not defeated ‘terrorism’ yet.

The Taliban and the Afghan government met face-to-face last September in Doha in an attempt to end the war. It took three months for both sides to agree on the ground rules and mechanisms on how to proceed with negotiations. Since the restart of the talks in early January, there has not been any progress on the negotiations front as of yet. Both sides are keeping an eye on Biden’s administration’s next move on Afghanistan. It is therefore hard to determine if the ongoing talks are ‘meaningful’ as described by the White House.Pakistan’s Foreign Minister, Shah Mehmood Qureshi urged Biden’s government to stick to the withdrawal of U.S. troops in order to achieve peace in Afghanistan. He told Al Jazeera English that the U.S. should “preserve with what was initiated and not to reverse things.” In response to Qureshi’s comments, Afghanistan’s Deputy Minister of Human Rights and Civil Society of the State Ministry for Peace, Dr. Alema tweeted that “Pakistan must stop supporting Taliban instead of asking the U.S. new administration to follow Trump’s path to peace in Afghanistan.”

The negotiations between the Taliban and the Afghan government may end up in a new political settlement in the form of an interim government. Its proposal is yet to come from official sources of Taliban and other stakeholders. The U.S. embassy in Kabul, however, has distanced itself from intervening during intra-Afghan peace talks. Its Charge d'Affaires, Ross Wilson in Kabul has denied advocating for interim administration, but support any political settlement to end nearly two decades of the U.S. invasion of Afghanistan.

Zardasht Shams, a former Afghan diplomat in Pakistan believes that “an interim administration is needed to replace the current government until the holding of general elections in which Taliban should also participate.” The interim government must preserve all institutions including the Afghan national security forces and the constitution, emphasized Shams.  “If there’s any genuine desire for a logical conclusion of the current peace negotiations, an interim administration is the only option which can convince the Taliban to give up the militant struggle and become part of the society.” The U.S. new National Security Advisor underscored his country’s support for “the peace process with a robust and regional diplomatic effort, which will aim to help the two sides achieve a durable and just political settlement and permanent ceasefire.” Any effort to implement a ceasefire seems to be the toughest step forward for both parties of the conflict, but the coming months will determine what concrete agenda the Biden administration has for Afghanistan.