Industrialisation in Africa: Strengthening the Social and Ecological Agendas

Industrialisation in Africa: Strengthening the Social and Ecological Agendas

This article was published in the VIDC online magazine Spotlight April 2022. If you want to receive the quarterly Spotlight, invitations and documentations please subscribe here.

UNIDO (2021) Policy Assessment for the Economic Empowerment of Women in Green Industry.

Newman, Carol et al. (2016) Made in Africa: Learning to Compete in Industry.

UNIDO (2020) Industrialization as the Driver of Sustained Prosperity.

Heidhues, Franz and Obare, Gideon (2011) Lessons from Structural Adjustment Programmes and their Effects in Africa.

Signé, Landry (2018) The potential of manufacturing and industrialization in Africa.

Ozunimi Iti  works in the Environment Department of the United Nations Industrial Development Organization (UNIDO) in Vienna. She leads UNIDO’s efforts under the Partnership for Action on Green Economy and Green Industry Initiative and has implemented projects in 17 African countries. She is passionate about creating positive social and environmental outcomes through increased productivity.

The views expressed herein are those of the author and do not necessarily reflect the views of the UNIDO. 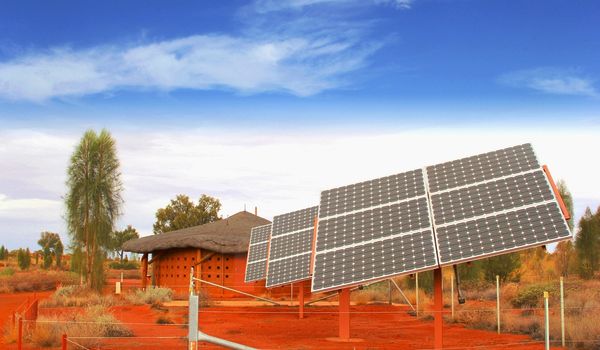 Is industrialisation really necessary for the development of an economy?

Yes, it is. Historically, industrialisation has led to rapid economic growth because of its ability to cause structural change, implying a shift in the way a market or economy operates. Industrialisation usually causes growth enhancing structural change, with a country moving from lower productivity sectors to higher productivity sectors, resulting in higher incomes. Today, we know that manufacturing accounts for roughly a quarter of global employment and is a big driver of innovation, stimulating economic activity in other sectors and in services. A key feature of manufacturing is the production of tradeable goods.

Why should this industrialisation be driven by an environmental and social agenda?

Well, industries exist within the environment and society, interacting with both and causing positive and negative impacts on both. Society has benefited most from industry, with higher incomes, improved access to healthcare and food and more efficient transportation systems. However, the manufacturing industry is also responsible for approximately 30% of global greenhouse gas emissions and has a huge burden on natural resources and the environment. The social and environmental impacts are often interlinked. So for example, industrial effluent discharged into the sea, causing reduction in fish stock could result in unemployment for local fishermen and social unrest. In fact, current thinking is that society and nature are so intertwined that we can no longer talk about ecological systems distinctly from social systems. We now talk about social-ecological systems. Although industrialisation efforts must make economic sense, they should be supported by a social-environmental agenda that assesses the impacts of industry and designs sustainable pathways for industrialisation.

Why has industrialisation not been successful in Africa, and what needs to change to make it a success?

Africa has been experiencing economic growth for decades, but this has been largely low-productivity growth. One explanation offered (Newman et al, 2016) is that the rate of growth of the labour force in Africa over the last 40 years was so rapid that there were not enough high-productivity jobs to sustain the labour force. Thus, people leaving agriculture took up lower productivity jobs in services rather than in industry. In 2019, Sub-Saharan Africa’s employment in industry as percent of total employment was estimated by the World Bank/ILO to be 11% compared to a global average of 23%. Many explanations have been offered for the low success of African industrialisation, common ones being a poor investment climate and political instability. Besides these factors, industrialisation depends on infrastructure, including power, transport/logistic networks, internet, etc. According to Statista, internet penetration in Africa in 2020 was 43% compared to a global average of 64%, with 581 million people in the continent without access to electricity. The Structural Adjustment Programmes (SAPs) in the 1980’s through 90’s also failed to consider crucial aspects of human development and the differences in the way markets work in Africa (Heidhues and Obare, 2011). Past efforts in agenda setting in Africa have also not been well coordinated. The needs of both the private sector and the public were not well established in policy-making. A lack of consideration of ecological and social outcomes in the extractives sector often led to conflict and loss of livelihoods as seen in the Niger Delta, for example. These types of conflicts further discouraged economic investments.

What could African countries do at the national and regional level?

African countries need to strengthen their agenda-setting processes, emphasising on their domestic and regional contexts. Strong coordination with private sector and the public also needs to be built and sustained, with mechanisms to discourage rent-seeking - where firms try to manipulate policies for economic gain. The continent would need $150 billion in annual spending by 2025 (McKinsey, 2020) to reach its overall infrastructure goals. As many African countries have small economies and are land-locked, the importance of regional strategies in industrialisation and infrastructural development cannot be over-emphasised. While some global markets may seem inaccessible due to a lack of firm capabilities and diverse trade barriers, trade within the African market by African countries has a lot of potential. That potential can be better explored if trade and labour logistics within Africa are improved. Policy reform should be evidence-based with a strong human and ecological component. A common problem in Africa is good policies being scrapped by new regimes without due consideration of the impacts.

What are key factors for industrialisation?

Improving infrastructure will be a key element in successful industrialisation while improving living conditions, promoting inclusive growth and creating jobs in the process. The improvement in human development may significantly help to reduce conflict and political instability. Old or non-existent infrastructure creates an opportunity for sidestepping the mistakes of fully industrialised countries by avoiding inefficient or highly polluting systems in new infrastructure. Investments in clean technology should be within the local context and not donor-driven, with long-term assessments of financial viability.

What could resource-rich countries do to diversify?

The idea that African countries should diversify their economies from extractives is not new. Better fiscal planning could see earnings targeted toward investment in manufacturing and value-addition. Countries with significant economic activities in the extractive sector can still grow their industry. Zambia, although landlocked, ranks 3rd in Africa in the competitiveness of its manufactured goods on the world market. Its manufacturing sector grew by roughly 30% between 2009 and 2013, despite having a significant extractive sector; by 2013 its manufacturing sector received 25% of all Foreign Direct Investment (FDI) (Signé, 2018). However, with proper environmental protection measures, we can explore more linkages between the extractive sector and industry. Countries can create linkages between their industrial strategies and infrastructure already built by mining companies for example, to support their activities, siting industries nearby and increasing efficiencies.

Given the setbacks of the past, is  gender responsiveness important for the success of an industrialisation strategy?

Women make up roughly half of the population in Africa. That is a potential half of the work force and of all buyers within Africa. However, according to the World Bank, the average labour force participation of women in Africa for 2019 was 56% with more than 90% in the informal economy, and for men it was 72%. Women in the lowest productivity jobs should be offered training and be prepared for higher productivity employment in industry. That would be an important aspect of raising the overall labour productivity. A 2015 Mckinsey Global Institute Report found that $12 trillion could be added to the global Gross Domestic Product (GDP) by 2025 by advancing women’s equality. For an industrial strategy to be successful, it has to consider the role of both men and women in contributing to industrialisation but also the impact that industrialisation could have on both and ensure that the impact is positive.

What kind of impact will gender-responsive green industrialisation have on women and gender justice?

The skills relevant for green industry are male-dominated. Therefore, to ensure inclusion and equity, opportunities should be created for women on technical education, skill-building and business development. Creating opportunities for women in green industry would mean more skilled women with higher incomes and consequently, more control over their own lives.
Changes should start from the policy-making process itself with increased coordination between government and women’s groups, women entrepreneurs and workers and with gender analysis of policies. Thus, women would understand their roles in the economy better and convey their needs to government and employers, who would then create policies that are more equitable (29 March 2022).