By Tania Napravnik and Sara Soltani

Human Rights Watch (2017) Neglected and Unprotected. The Impact of the Zika Outbreak on Women and Girls in Northeastern Brazil

Sara Soltani works as a gender and disability advisor for Diakonie ACT Austria and as a freelance advisor on human rights and gender equality.

Tania Napravnik is the project-coordinator of the radio group ‘Women on Air - Global Dialogues’  and also works as a communication trainer and a freelance journalist. 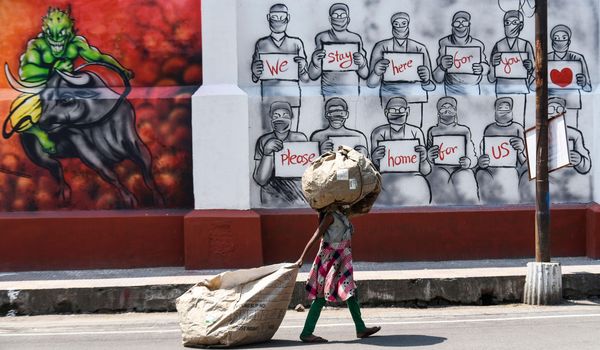 By 2020, 48 million women and girls in humanitarian crises should be reached through the United Nations Population Fund (UNFPA)’s appeal in order to prevent gender-based violence (GBV) and ensure that their sexual and reproductive health and rights (SRHR) are being respected, protected and fulfilled. According to the UNFPA, ‘good sexual and reproductive health is a state of complete physical, mental and social well-being in all matters relating to the reproductive system. It implies that people are able to have a satisfying and safe sex life, the capability to reproduce, and the freedom to decide if, when, and how often to do so’.
In reference to this definition, women’s sexual and reproductive health is linked to various human rights, such as the right to life, the right to be free from torture, the right to health, the right to privacy, the right to education, and the prohibition of discrimination. For the sake of fulfilling these rights for everyone, services, goods and facilities of good quality should be available in adequate numbers, physically and economically accessible without any discrimination.

A global pandemic hits the world

Unexpectedly, at the beginning of 2020, the world’s efforts of reaching these goals were confronted with the COVID-19 pandemic that put all above-mentioned rights at risk. New challenges have occurred recently, regarding the areas of SRHR and the lives of women and girls. The global health council warns of the unforeseen consequences of pandemics on SRHR: ‘The world’s women, most of whom have inadequate access to reproductive health, often pay a higher price and bear a heavier burden when pandemics occur; at the same time, policy makers and cultural leaders are slow to respond.’

Due to the tremendous burden that public health systems had to cope with, unprecedented measures by governments around the world, including movement restrictions and (home) isolation orders, were introduced. Not only have women been disproportionally represented in the health and social services sectors, facing a higher risk of exposure to the disease, but also limited mobility and no access to provision of family planning and other sexual and reproductive health services and commodities (including menstrual health items) strongly affect women’s livelihoods. Functioning health systems are essential for safe pregnancies and childbirth.

Evidence from prior outbreaks, such as the Ebola pandemic in West Africa (2014-2016), showed that women and girls are at higher risk as they often perform as un - or underpaid family caregivers and frontline health workers. According to several studies, the consequences of such a pandemic have not only affected maternal and child health during the crisis but also in the long term. The Lancet Global Health states in 2017 that ‘most maternal and child health indicators significantly declined during the Ebola virus disease outbreak in 2014. Despite a reduction in this negative trend in the post-outbreak period, the use of essential maternal and child health services has not recovered to their pre-outbreak levels, nor are they all on a course that suggests that they will recover without targeted interventions.’ Also, during the Zika virus outbreak (2015-2016), mainly in Latin America, differences in gender-relations showed that women did not have autonomy over their sexual and reproductive lives, nor adequate access to health care, neither sufficient financial resources to travel to hospitals for check-ups for their children. According to a Human Rights Watch study, the Zika virus outbreak in Brazil disproportionately impacted women and girls and worsened longstanding human rights problems. Due to lacked clear and accessible basic information about reproductive health or barriers in accessing contraceptive methods, especially long-term ones, many women and girls find it difficult to avoid unplanned pregnancy, even years after the pandemic.

SRHR presents not only an important public health issue during the current crisis, it has already been constantly under ideological attack before: Since January 2017, the US administration blocks government funding to non-US development and humanitarian organizations that perform abortions with their own funding, a policy known as the Global Gag Rule.  This happened despite the fact that in the same year the Guttmacher Institute pointed out that, in so-called developing regions 43% of the estimated 206 million pregnancies in 2017 were unintended.

Additionally, during the Corona crisis SRHR are being further attacked by and in the USA: Abortion services have been declared as ‘non-essential’ by state legislatures in Ohio and Texas. Due to the pandemic’s effect on health systems, laws and policies, such as gestational limits, the Global Gag Rule, and refusals of care, have restricted the access to abortion care. As a consequence, unsafe and unwilling reproductive behavior is increasing globally, which is a threat to people’s lives.

A glimpse on Africa shows that other administrations tend to be more progressive towards women’s SRHR. As soon as the Zimbabwean government announced a nationwide lockdown on 17th March 2020, it categorized both, contraception and post-abortion care, as essential services. Still many women were unable to travel for services, as in some areas, the police believed that family planning was not a reason to do so. Therefore, the number of women able to reach the service-delivery points in Zimbabwe has been decreasing since the lockdown began. Even though in Uganda similar measures were introduced, the responses concerning SRHR were not as adequate. On 20th March 2020, the government in Uganda also responded to the COVID-19 pandemic by imposing a lockdown restricting travel across the country, which has made it harder for women and girls to reach public health centers. In Calcutta (India) similar measures were taken. The local community worker Ankita Sengupta states that ‘because of the unreachable safe spaces, many cases of torture and brutality towards women, girls and LGBTQI-people are being reported.’ Just before the lock-down, in December 2019 and beginning of 2020, thousands of women were on the streets protesting against violence against women.

Many governments all over the world advised people to stay home in order to protect themselves from the virus. Home may be a safe place for most, but for many women their homes are a place of fear. Additionally, in some countries women crises centers needed to close their doors, like for example in the Kyrgyz Republic: There, many women now find themselves trapped at home with their abuser. In the country’s capital Bishkek alone, the rate of violence against women and girls has increased by more than 60 % compared to the same period in the previous year. Especially women and girls with disabilities are victims to violence from partners and family members at least two to three times the rate of other women. During lockdowns these individuals have even been less able to escape violence, particularly if their usual supports are not available to them.

The pandemic has worsened already existing inequalities for women and girls, as well as the discrimination of marginalized groups. During this pandemic, women and men are affected differently at many levels. In order to prevent long-term damage, this needs to be considered in global crises responses and health measures following an inclusive and gender-equal approach. Therefore, the Women in Development Europe (WIDE)-Network suggests ‘to mobilize money for investments in the public health system and fair payments in the Care-Sector’. Failing systems that allowed the current crisis and previous outbreaks to escalate have been left unaddressed, which leaves the population vulnerable to future outbreaks. If we are to come out of this crisis with more equitable societies, women’s and girls’ needs and rights (including their sexual and reproductive health and rights) need to get the adequate attention (18 June 2020).