The Ukraine war and Sahel

The Ukraine war and Sahel

FAO (2022) Information Note - The importance of Ukraine and the Russian Federation for global agricultural markets and the risks associated with the war in Ukraine, 10 June 2022 Update.

Friends of Europe, “Beyond Europe: the impact of the war in Ukraine on Africa”, Paul Walton & Faten Aggad, 8 April 2022.

Roland Marchal is a sociologist at the French Centre National de la Recherche Scientifique (CNRS) and attached to the Centre for International Studies of Sciences Po (CERI). His research focuses on the analysis of civil wars in Sub-Saharan Africa, particularly in the context of state-building. He criticized the reductionism of economic theories on civil wars. More recently, Marchal dealt with the concept of "radicalisation" and questioned the epistemological relevance of this term. 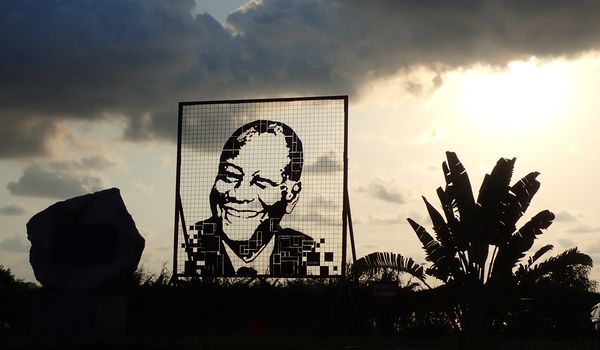 The Ukraine war broke out in a complicated moment in Sahel, which essentially shaped its understanding and implications for the region. Furthermore, this tragic event took place after two difficult years of economic slowdown, due to the COVID-19 pandemic and a drought that reduced the hope of a recovery that would have erased most of the pandemic’s negative impacts on local economies. As other parts of the world suddenly realized, Ukraine and Russia are also huge exporters of wheat, edible oil, fertilizers and energy. In a globalized food market, the war implies a scarcity in certain items and therefore a global deterioration of food security, especially in Africa and Sahel.

A reluctant endorsement of Nato solidarity with Kiev

Most Sahel countries abstained and did not endorse Russian aggression against Ukraine on the United Nations General Assembly vote on 24 March but neither did they show any enthusiasm in endorsing NATO. Reasons are both structural and conjunctural.

As the African proverb says, “When two elephants fight, the grass is suffering”. There is a sense in many African countries, including Sahelian governments and public opinions that the war in Europe is far away and warring alliances may eventually make Africans pay for their sympathy or hostility. Therefore, it is better to keep quiet and silent until a solution is found. The strongly worded speech of the Kenya Ambassador at the United Nations Security Council who condemned the Russian aggression was not matched later on by a vocal stance in Nairobi as the Ukrainian Ambassador was somewhat sidelined the Kenyan Foreign Minister. Russia evokes the Soviet Union and Africans still show respect, independently of the current course of the Moscow policy towards African countries. In Sahel, relations with the Soviet Union were even friendly due to changing relations with the former colonial power.
There are other explanations more antagonistic towards the West, NATO, and France. For years, Sahelian public opinions have questioned the stay of French troops, their purposes and efficiency. French authorities pretend that this questioning is based on multiple conspiracy theories, fake news, and other manipulations. Certainly, France-bashing has become fashionable in Sahel and Russian operatives have recently been involved in framing such kind of messages. For instance, late 2021, the French anti-terror military mission Barkhane convoys were recurrently stopped by demonstrations in Burkina Faso and Niger since local people believed that those trucks were transporting weapons and other supplies to the Jihadi insurgents, while they were moving equipment to Chad as French troops are slowly exiting Mali.
Yet, blaming Moscow and Wagner (a private security company that is a major tool in contrasting with French and European military presence) is a too easy explanation. France and its allies failed to convincingly respond to several criticisms over the years. The main one is double standard. The NATO intervention in Libya, the killing of Mo’ammar Qaddafi and the chaos that followed are often compared by Africans to what Russia is doing today in Ukraine, not to quote the military intervention in Iraq, a comparison only recognized through a very Freudian lapsus by George W. Bush.
This also goes further. The French outrage on Malian second coup in summer 2021 is matched by uneasy questions on the French continued support to the unconstitutional take-over of Mahamat Idriss Déby, the son of Idriss Déby Itno, who was killed in April 2021 in Chad or the endorsement of Alassane Ouattara’s third presidential term against the Ivorian constitution. French policy to Sahel is indeed contradictory, often opportunistic and therefore cannot be a rallying point for African public opinions.

This tug of war on social networks and news channels has clearly some important stakes. One is to blame the outside world for all failures affecting Mali and Sahelian countries. But it is clearly untrue to claim that France strives to exploit Malian mineral resources as they are mostly in the hands of Canadian companies (and maybe sooner than later, handed over to companies connected to Russian interests). Whether Wagner mercenaries are in the few hundreds or more than 1,000, there is no doubt that they won’t be able to build a military solution to end the Jihadi insurgencies and do better than the French or European military contingents did. Moreover, Mali has to pay for Wagner services (about $ 10 millions/month if AFRICOM is right) while the European military presence was free of charge and provided an opportunity for a dramatically increase of Official Development Assistance (ODA) to Mali.

Other heads of state in the region have adopted a different stance, often in better harmony with the European stance on the Ukraine war. But one should be aware that President Mohamed Bazoum in Niger or Lieutenant Colonel Paul Henri Sandaogo Damiba in Burkina Faso, the President and leader of the coup of 24 January, 2022, are under strong pressure from their public opinions to prove that accommodation with France and Europe bring better results than a cooperation with Russia, grounded in an anti-imperialist populist narrative. Key in the challenge is the economic predicament that got even tougher due to the war in Ukraine.

The war in Ukraine makes clear that Russia and Ukraine are worldwide staple food and fertilizers exporters. Together they provide about 25% of the world consumption of cereals. Due to anticipated shortages, wheat and maize prices raised more than 30 % in a couple of months after the beginning of the war: food price inflation is stark and limits the ability of poor people to buy imported food, especially when they are living in fragile environments (FAO 2022; Friends of Europe, 2022).

Therefore, Sahel is going to be particularly affected by this trend, due to its high dependency on food imports. The UN is already predicting that 34 million people in West Africa and mostly Sahel won’t be able to feed themselves normally in the next few months (FAO, 2022). Senegal, that usually thanks to its port, is an important supplier for Mali, is going to face a difficult time as it is nearly completely dependent on Russian wheat exports. Some analysts argue that Moscow plays the scarcity card to influence the attitude of African states towards its war in Ukraine.
This situation is not only affecting food security as such but also puts at risk export crops, such as the growth of cotton that need important quantities of fertilizers, bought in large parts from the two European warring countries. Mali indeed is the first exporter of cotton in Africa. About 90% of its cotton output is exported and provides about 50% of Malian exports income (Agence Ecofin, 2022).
ECOWAS sanctions on Mali also add to the challenges since the Malian state should provide inputs at subsidized prices to help farmers grow cotton and, on the side, staple food. Already observers are highly concerned that, even if quantities need is met, the quality of fertilizers is going to be very poor and more dangerous for the environment and human lives than any time before.

The war in Ukraine is far away from Sahel and just raises further questions on the rational of the Russia policy toward that part of Africa. While many Africans would welcome a more transparent Russian cooperation with the continent, geopolitical ambitions and the lack of transparency put at risk the sympathy Moscow may have in different sectors of the society. The war in Ukraine, eventually, just illustrates the growing polarization between Russia and Western countries that the Russian policy creates without offering Africans a space to quietly renegotiate their relations with the West (21 June 2022).