Mahlet Eyassu Melkie: Green Industrialisation in Ethiopia. Challenges and Potentials on the Road to a Net Zero Green economy. May 2022 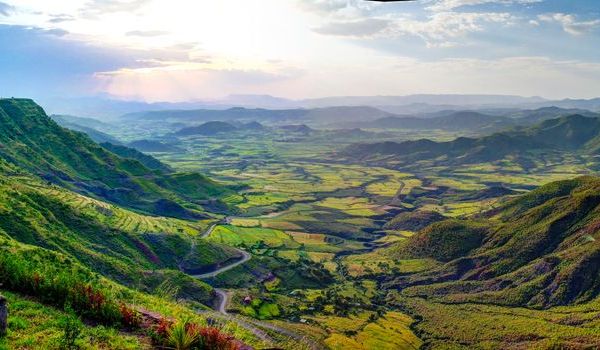 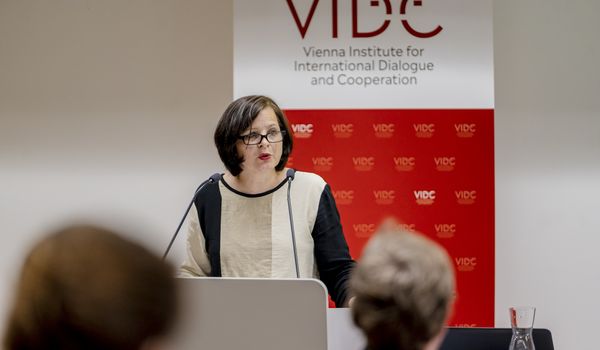 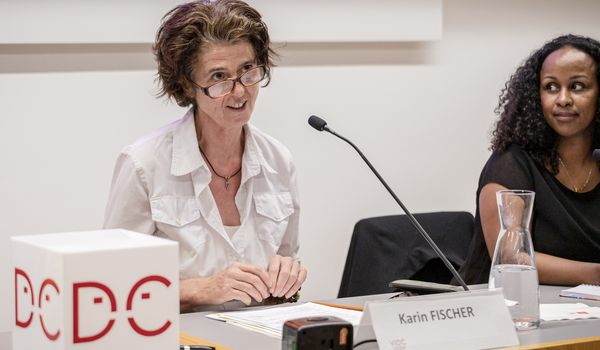 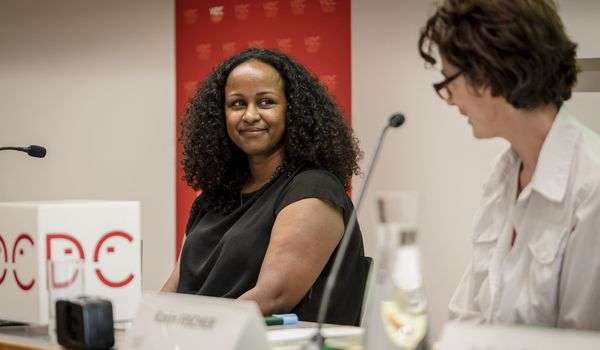 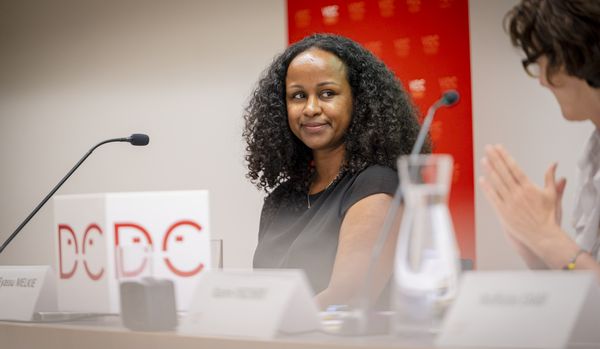 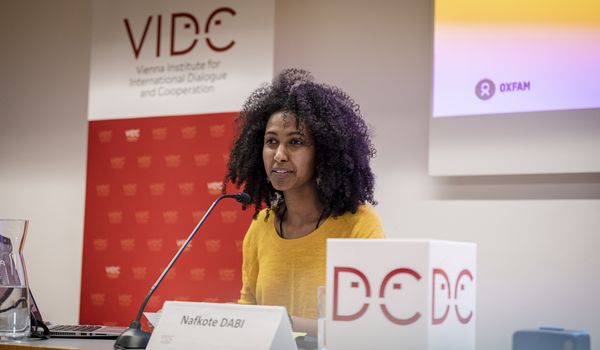 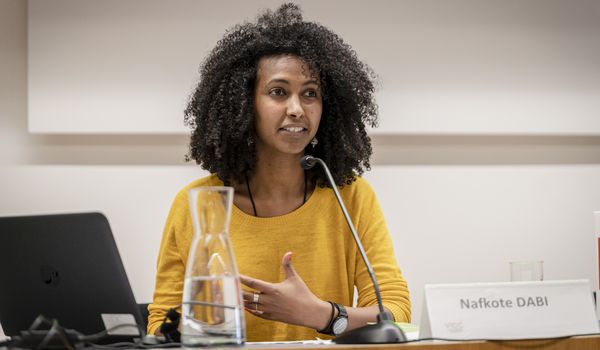 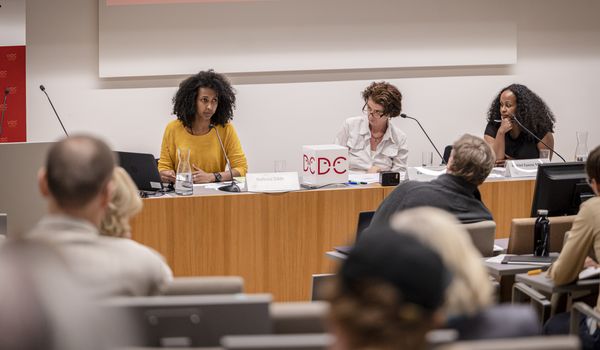 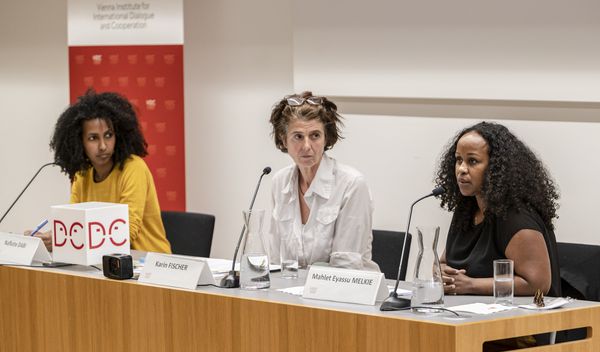 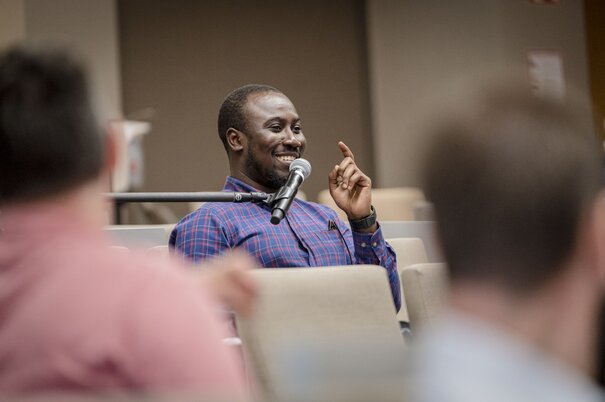 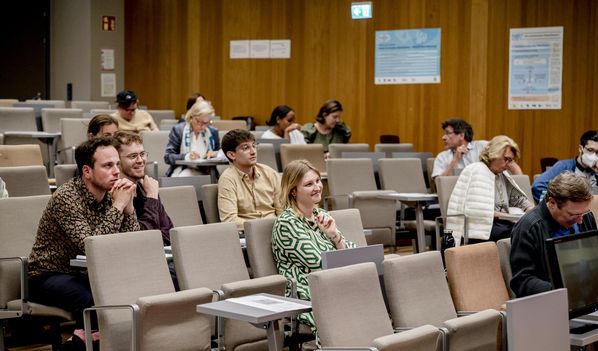 It is obvious, that our fossil fuel based economic system has reached its limits. More sustainable alternatives are needed, in order to stay below the 1,5°C limit of the Paris Agreement. Therefore, countries from the Global South are standing at a crossroads: Do they choose a green development path, or repeat the same mistakes as the Global North? Ethiopia, one of the African countries faced with this decision, has implemented a strategy towards a sustainable economy and can be seen as a “green pioneer”.

In her introduction to the talk “Ethiopia’s ‘Green Deal’: An African model for low carbon development?”, Martina Neuwirth emphasized, how crises like the Covid-19 pandemic and the war in the Ukraine, have pushed the problem of climate change to the background of international debates. However, climate change has not stopped and taking action is becoming more urgent than ever. Karin Fischer, the moderator for the evening, first handed over to Mahlet Eyassu Melkie, an expert on national climate change adaptation and mitigation policy planning in Ethiopia. The initial question directed at her was: Why is a country like Ethiopia, which is amongst the lowest CO2 emitters worldwide, striving towards a green economy?

Ethiopia’s investment in the future

Since 2011, Ethiopia has devoted its economic development to a green, sustainable path and developed the so called ‘Climate Resilient Green Economy’ (CRGE) strategy. Its vision is to build a middle-income, climate resilient and low emission economy by 2025. Mahlet Eyassu Melkie, who was commissioned by the VIDC to conduct the study 'Green Industrialisation in Ethiopia: Challenges and Potentials on the Road to a Net Zero Green economy', gave an insight into the nation’s plans. She identified three main reasons for developing the CRGE strategy: Firstly, Ethiopia is already facing the effects of climate change. Severe droughts, land degradation and loss of biodiversity are impacting the people and the economy. Secondly, projections have shown, that if the country continues with “business as usual”, international debts are expected to rise. Building an efficient, environmentally friendly industry can increase global competitiveness, give access to new markets and create investment opportunities (especially for the manufacturing sector). Thirdly, following a green development plan opens up the opportunity to obtain money from climate finance institutions.

The main objectives and challenges of CRGE

To ensure far-reaching effects, the CRGE strategy is coordinated by an Inter-Ministerial Steering Committee, with the Ministry of Finance managing the funding. Moreover, it is mainstreamed into the nation’s general development strategies and a basis of the ‘Nationally Determined Contributions’ (NDCs) for the ‘United Nations Framework Convention on Climate Change’ (UNFCCC). Its four pillars are: improving sustainable agricultural practices; protecting and re-establishing forests; expanding renewable energy sources; leapfrogging to modern and energy-efficient technologies. The last two aspects are particularly important for the ongoing and future expansion of the industrial sector.

Besides the co-benefits, the CRGE strategy is also facing challenges, and not all projects have been implemented yet. According to Mahlet Eyassu Melkie, the main issue is insufficient funding. Ethiopia is highly dependent on international support, since only 20% of the calculated 360 billion USD required to fund the strategy can be covered by domestic sources. When it comes to the application for climate finance, the limited capacity to develop proposals, as well as the rigorous requirements, can be seen as a barrier.

As Valentine Chukwu, consultant at the Dataville Institute for Development Research, emphasized, Ethiopia is not the only African country recognizing the potential of a green economy. Many African nations aim to be green, climate resilient and low carbon –  Kenya being one of them. Since half of the country’s Gross Domestic Product (GDP) comes from natural resources, environmental degradation is a threat to livelihoods. In 2006, poverty was extremely high, reaching 46,9%. This initiated the government’s push towards a green economy. An inclusive and participatory approach was used to ensure social inclusion, as well as decrease inequality within Kenya. Many investments were made, especially in the emission-intensive energy sector. Today 90% of Kenya’s electricity come from clean sources. Moreover, prices have decreased, making electricity more accessible to the country’s population. However, as Valentine Chukwu mentioned, limited capacities and funding are a challenge for Kenya as well – foreign support is needed.

“The climate crisis is about inequality and injustice”

After elaborating on different strategies of African countries to develop a green economy, the issue of inequality needed to be addressed further. Nafkote Dabi, the climate change policy lead of Oxfam UK, stated: “The climate crisis is about inequality and injustice”. One illustrative example is the inequality in emissions: Countries of the Global North are responsible for 92% of excess emissions and climate damages. Regarding the impact of climate change, the numbers are equally shocking. Nafkote Dabi compared the flood in Germany in 2021 to the hurricane in Dominica in 2017. The damages for Germany are estimated to be 0,1% of the country’s GDP. Meanwhile, the hurricane in Dominica resulted in losses worth 225% of its GDP. When taking human suffering and the resulting poverty into consideration, the image even gets worse. As pointed out by her, not all countries have the technical and financial capacities to adapt to the changing climate. Without adequate resources, inequality and poverty will continue to rise. So how do we address this crisis? According to Nafkote Dabi, rich nations must be the first to cut emissions, and the remaining carbon budget should be made available to the Global South. Moreover, countries of the Global North must take responsibility and compensate for the destruction caused by their emission-intensive lifestyle and economies. Not only should they support mitigation and adaptation strategies of the Global South, but also make up for losses and damages.

Developing within emission and extraction budgets

After the input from the three experts, Karin Fischer opened up the discussion for the audience. Besides further details on the CRGE strategy and its funding by Mahlet Eyassu Melkie, the issue of inequality was emphasized once more. Ideally, the average emissions per person should be around 2 tonnes. Per capita emissions in Austria are around 8 tonnes, in Ethiopia however, they are only around 0,1 tonnes. Subsequently, Austria needs to reduce emissions significantly, while Ethiopia has some capacity left, enabling it to develop further. This lead to another question: Who should use the remaining “extraction budget”? Even though the extraction of fossil fuels has to be stopped, exceptions need to be made. According to Nafkote Dabi, countries like Ghana and Nigeria, which still depend on the export of oil and gas to develop their economies, need to be given a bit more time. Revenues should be used to address poverty and the extraction should be reduced when possible. Valentine Chukwu added, that other sectors, which are also harming the environment, have to receive more attention and should be tackled first.

Nigeria - ways out of oil dependance

Nigeria still heavily depends on oil exports, he added, being one of the least diversified countries in the world. Foreign multinationals extract and export these resources with zero-value addition within. The few oil refineries are moribund and costly. Thus, petroleum imports exceed exports. But efforts have been made to salvage the situation: The environmentally damaging gas flaring is supposed to be tracked and taxed, and refineries will be made more efficient. Moreover, to ensure the achievement of sustainable development, strong leadership and political will are needed to modernize agricultural sector, promote entrepreneurship and develop other sectors of the economy, including human capacity.

With regards to the costs of Nigerian fossil fuel subsidies, he reported that Nigeria spent more than 10 trillion Naira (24 billion USD) between 2006 and 2019, and recently subsidies more than tripled within three months. Costs that the government have to cover by borrowing, locally and internationally. Moreover, subsidies cause environmental pollution and climate change, and they are mostly not targeted at the poor. However, strong political will is needed to remove these subsidies because such plans are not backed by the citizens. There have been several attempts in the past (the latest in January this year) to eliminate fuel subsidies, but it led to civil unrest. Therefore such plans have to be backed by good communication and policies to protect the poor.

To conclude the discussion, the unequal power dynamics at climate negotiations were emphasized. As long as demands from the Global South for financial support and compensation are not heard properly, climate change remains a justice issue.