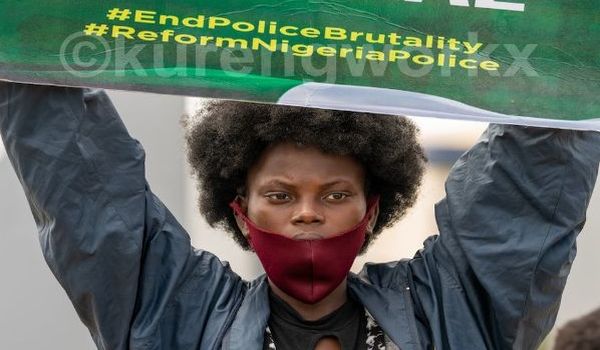 The online discussion was channeled towards the growing protests of the African youth that reveal the dissatisfaction with their elites. Through authoritarian rule in some countries and tightened by COVID-19 restrictions, the political space is shrinking even more. Franz Schmidjell from the host organization VIDC emphasized the importance of non-violent protest movements and the struggle for political and social transitions within and around Africa. He referred to a contradiction: During the ongoing Post Cotonou negotiations between the EU and ACP countries (African, Caribbean, Pacific) the role of “NGOs” as so called “service providers” is stressed. At the same time, social and pro-democracy movements are confronted with more and more repression.

Video from the Zoom Webinar Social Movements in Africa, 18 November 2020

Ariyo-Dare Atoye, a civil rights activist from Nigeria, has led several “social change” initiatives and is currently advocating for electoral reforms in Nigeria. He started by giving a brief illustration explaining #EndSARS protests. The name refers to the Special Anti-Robbery Squad, a police unit that was put in place to tackle crime. However, the agents developed in an unexpected direction and became criminal agents themselves and started to harass ordinary Nigerians, especially the youth. But, like many other analysts, Ariyo-Dare Atoye stated that the protests against police violence have deeper roots, like the economic fallout from the COVID-19 measures. He advocates youth activists, non-governmental organisations and other socio-political pressure groups to come together for a broader mobilization and coalition building.

Duduzile Nyirongo is a chartered accountant, award winning business leader and citizen activist and gave an illustration of the situation in Zimbabwe. The lockdown began at the end of March with 8.900 positive COVID-19 cases and 260 deaths. Although this number was  lower compared to other countries, this situation exposed the health system and its shortcomings, the lack of equipment and protection gear. Amongst others, the doctors went on strike. Critical questions were raised and some level of corruption was let in the open, mainly because people were worried about the future. This led to an online protest that mobilized people to go against poverty and corruption. The protest was deterred by the police by saying they were going against the COVID-19 rules concerning health and safety measures. However, the effect of a heavy online presence with a trending #ZimbabweanLivesMatter drew the attention of the world and caused a massive awareness among the people.

Ruth Mumbi, a community organizer and a social justice activist, defends local communities in the low income areas in Kenya, especially women and the youth. In 2018, her passion in emancipating women led her into a pioneering campaign against femicide. She gave insightful information on the situation in Kenya with a concrete example. On 4th March 2020, inhabitants of Kairobangi, an estate in north-eastern Nairobi, were evicted from their lands after being there for over 30 years. The bulldozers came at 4 a.m. and women and children were massively affected because this was during a lockdown. Activists and community organizers shared these gruesome stories on social media, there was a huge upside as it became an eye opener for humanitarian work and they began receiving attention, minimal aid and information on filing an illegal eviction lawsuit. This happened without funding or external aid, the activists did not relent, as they continually helped in all possible ways. However, there was a detrimental effect to this which was unknown to the activists at that time. The stories raised awareness and the government scrutinized this social media array of messages. Then the repression started. Mrs. Mumbi herself as well as other team members began receiving death threats.

Ruth Mumbi also stated her distaste for the government’s lack of concern for the people. COVID-19 funds have been vastly embezzled and efforts to combat that were met with arrests and various setbacks. They staged a protest and were forcefully dispersed.

Muhammed Lamin Saidykhan, based in Dakar, is movement coordinator of Africans Rising for Justice, Peace and Dignity, a Pan African grassroots movement. Before, as a human rights activist, he organized widespread protests to get long term dictator Yaya Jammeh of Gambia to step down. He said that COVID-19 hit Africa differently, Senegal had over 15,800 cases and over 3,000 deaths and Gambia recorded over 3,000 cases as well. He stated that African governments have practiced a huge surveillance of activists. The COVID-19 pandemic has exposed many loopholes in the incumbent government as well as their lack of accountability on funds in general and especially COVID-19 funds. In Senegal and Gambia, several campaigns started to shed a light on the shortcomings of the governments, such as a bad health care system, the prison conditions and other demoralizing living conditions. In an attempt to not relent, these efforts were continuously in place to ensure that bad practices by governments are brought to the public’s attention.