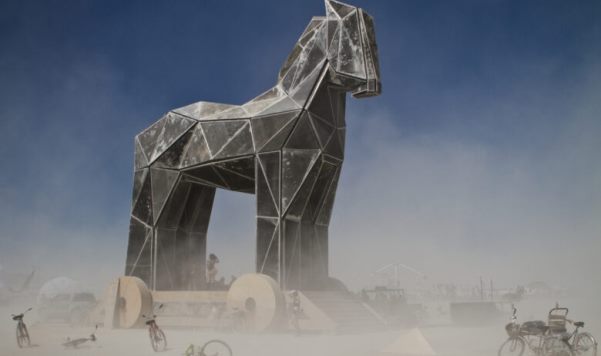 The aim of the webinar, held on 16 March 2021, was to discuss whether Green Finance can contribute to a socio-ecological transformation. Although there is no doubt that an environmentally and socially sustainable transformation will cost money, there are concerns that Green Finance will only deepen already existing inequalities and the overuse of resources. Authors of a recently published special issue of the Journal für Entwicklungspolitik (JEP) analysed this new trend in global finance and presented their findings in the webinar, where they received feedback by commentators from the panel as well as the audience.

As a starting point, Johannes Jäger emphasized that dealing with environmental issues requires a global perspective. Hence, Green Finance must be analysed in the context of the financial system as such, which means that the asymmetrical relationships between core and periphery in the world system must be considered. He especially referred to the annual 440 billion USD of private financial outflows from the global South to the North, according to the UN Conference on Trade and Development (UNCTAD). Jäger argued that a large share of what is considered to be “green finance” follows a similar logic, thereby contributing to the extraction of even more financial and natural resources from the global South. Oscar Reyes highlighted that greening the financial system would also mean to shrink the financial sector, as a lot of a lot of financing is not socially useful.

A Classification of Green Finance

Is Green Finance is a trap? The answer depends on how Green Finance is defined. The authors of the special JEP issue developed a classification scheme to assess the transformative potential of different types of Green Finance, which are distinguished by their effects. The proposed three categories are neoliberal, reformist and progressive green finance.

Empirical findings show that the bunch of Green Finance initiatives are neoliberal, meaning that they have no significant environmental and adverse income effects at the expense of poor people, especially in the global South. A central element of this neoliberal approach is the use of voluntary environmental standards.

Reformist Green Finance builds on strict environmental rules which provide the framework for finance. Finance does not rely on private finance but on mostly on public finance. It has the potential to contribute to a greener capitalism, but the problem is that it still tends not to stop the uneven overuse of resources. This category comes very close to the Green New Deal proposed by UNCTAD.

Progressive Green Finance is based on the construction of a global solidarity movement that allows to implement equality at a global level, along with the possibility for everyone to have access to the resources for a decent life. This is a concept that still has to be put into practice.

By analysing the humanitarian development nexus, and focusing on the so-called Jordan Compact, as well as the ongoing reforms of the European energy sector, Lama Tawakkol and Yuliya Yurchenko explained how power structures, economic interests and political dependencies create policies that are inherently unequal and serve, as neoliberal Green Finance does, to prioritize private interests of specific classes over the interests of the populations they are supposed to serve.

Samuel Decker assessed the transformative potential of three different Green New Deal proposals, using a classification scheme with the three concepts of redistribution, socialization and macro-economic planning. While redistribution plays a role in the proposals, and can develop a transformative potential if it is far-reaching enough, the other two concepts are hardly playing any role in the Green New Deal concepts he analysed. Anna Hehenberger, who commented on the empirical studies, stressed that developments in financial markets have to be kept in mind, such as the actual shift from asset to index funds, which gives de facto regulatory power to index providers.

What needs to be done from a progressive civil society point of view?

Panellists often mentioned the principle of global solidarity to strive for a just transition. A strong role of the public sector in finance was another crucial demand, but panellists also highlighted that energy should be considered a public good. The discussion about Green Finance should not be led by people who benefit from it alone. Green Finance should, on the contrary, be discussed in a broader context, about (new) ways of organising our economy, in a global perspective. But civil society needs tools to discuss and push strategies for a fair transition.